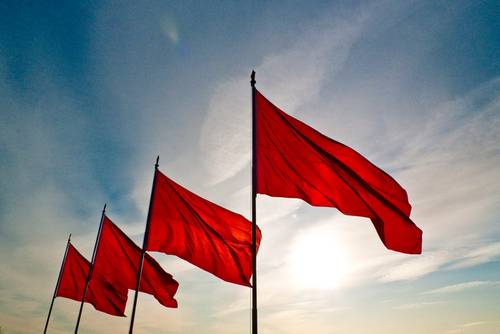 Marxist-Leninist ideology radically differs from all the preceding ideologies both in terms of class content, and the aims and tasks which it pursues. The first of these distinctions is that, unlike all the preceding ideologies, it serves the working class and not the exploiting classes, and teaches all working people, the multi-million masses to struggle, work and live for the sake of universal happiness. Secondly, it theoretically substantiates the need to destroy all exploitation and build a classless society—communism. Thirdly, it is profoundly scientific, truthfully reflects objective reality and expresses the vital requirements of society’s material life. It is incompatible with a religious or an idealistic world outlook which pervert the true state of affairs. Its theoretical foundation is dialectical and historical materialism. The scientific nature of Marxist-Leninist ideology organically combines with its partisanship and utter dedication to the working class and all working people.

Marxist-Leninist ideology is the most humane in the world. The affirmation of truly humane relations between people and nations, deliverance of mankind from the threat of devastating wars, the establishment of a lasting peace on Earth and a free and happy life for all—such are its lofty ideals.

It advances scientific arguments in support of the need to destroy capitalism and replace the old production relations of domination and subordination with new social relations of concord and mutual assistance. Having arisen in the course of the proletariat’s class struggle against the bourgeoisie, it is the former’s guide to action in this struggle, it shows the ways and means of building socialism and communism, and is a mighty organising and transforming force. [….]  It’s spread in the masses however was not spontaneous but was the ideological work of the communist revolutionary party, which combines the ideas of socialism and communism with the revolutionary movement of the masses. The Party upholds the purity of Marxist-Leninist theory in the irreconcilable struggle against bourgeois ideology and revisionism, dogmatism and vulgarisation. It continuously develops this theory on the basis of scientific achievements and sociohistorical practice. Thanks to the efforts of the Communist Party Marxist-Leninist ideology has become the dominant ideology in the USSR. Embedded as it is in the consciousness of Soviet people it provides them with inestimable assistance in communist construction.

The greater the progress in communist construction the greater is the transforming role of Marxist-Leninist ideology. Each step towards communism is a new stage in the elevation of the consciousness of the masses and in the growth of their creative initiative.

The American Party of Labor upholds the purity of Marxist-Leninist science.