Republican National Committee Chairman Lives it Up like a King 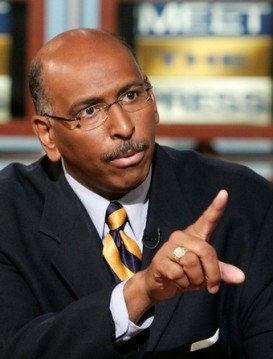 Roman Decadence Revisited
Historians study the decadence of the ancient Roman Emperors with gusto these days, gleefully recounting ancient historical tales, some truth and some falsehood, of the enormous wealth of the Emperors, the various assassinations and poisonings of rival family members they engaged in, their debauched sex lives, enormously rich diets, jaw-dropping spending habits and ruthless cruelty. It is an image that is regularly featured in TV shows and Hollywood films. At every surprising and seemingly insane action Emperors like Nero and Caligula made, the audience reacts with laughter and shock. It seems so far away from our own society, doesn’t it?
Earlier the other day it seems Republican National Committee Chairman Michael Steele joined other members of the capitalist class in attempting to bridge that gap. We at the APL must stress this case is merely skimming the surface, as only a tiny portion of what goes on behind closed doors is actually revealed to the American public. This case is merely a single drop in the ocean.

The Facts
Michael Steele is currently embroiled in a controversy about the RNC’s budget. The expenses include, “$17,000 for private jet travel, $13,000 for limousines and car services and $9,000 for a trip to the Beverly Hills hotel” (1). “According to federal disclosure records, the RNC spent $17,514 on private aircraft in the month of February alone (as well as $12,691 on limousines during the same period)” (2). “RNC trips to other cities produced bills from a long list of chic and costly hotels such as the Venetian and the M Resort in Las Vegas, and the W (for a total of $19,443) in Washington. A midwinter trip to Hawaii cost the RNC $43,828, not including airfare” (2).

The opulence of our rulers doesn’t stop there, however. According to ABC news, “[…] the RNC spent $17,514 on private aircraft and $12,691 on limousines in the month of February, according to Federal Election Commission filings. Recent travel expenses also included $9,099 spent at the Beverly Hills Hotel, $6,596 dropped at the Four Seasons in Los Angeles and nearly $20,000 combined for the Venetian and the M Resort in Las Vegas and the W in Washington” (2). Most surprising is the report that nearly $2,000 of the budget was spent for a single night at an S&M-themed strip club in West Hollywood. “Once on the ground, FEC filings suggest, Steele travels in style. A February RNC trip to California, for example, included a $9,099 stop at the Beverly Hills Hotel, $6,596 dropped at the nearby Four Seasons, and $1,620.71 spent [update: the amount is actually $1,946.25] at Voyeur West Hollywood, a bondage-themed nightclub” (2).

Conclusion
Imagine for a moment the implications of this—there are people in this society, members of the ruling class, who are able to spend the average salary for a working class human being in mere days. The so-called party of “average ‘family values’ Americans” spends more money than most people make in two years and that is before taxes. In a world characterized by such poverty, is such extravagance on behalf of Mr. Steele justified? We at the APL don’t think so.
Sources:
(1) http://abcnews.go.com/GMA/Politics/michael…ory?id=10283514
(2) http://dailycaller.com/2010/03/29/high-fly…/#ixzz0kHr1Vm8k