The Events in Honduras

On June 28th 2009, the Honduran army arrested Honduras President Manuel Zelaya in his home compound. He was forced to resign his position and board a plane to Costa Rica to live in exile. Zelaya attempted to begin a non-binding national poll about a referendum that would gather an assembly to revise the Constitution of Honduras. In response, the Supreme Court issued a warrant for his arrest. Soldiers entered the Presidential compound and forced Zelaya to board an airplane out of the country. An extraordinary session of the Honduran Congress was convened later that day to remove Zelaya from office and install the Speaker of the Congress, Roberto Micheletti, in his place. They used a signed “confession” letter that Zelaya claims he did not write as evidence.

The coup met with strong resistance as thousands of Hondurans took the streets in front of the Presidential Palace and clashed with the guards. The UN unanimously voted to condemn the coup and call for Zeleya’s reinstatement. However, only a single year later the new government is claiming to have recognition from 50 countries. Secretary of State Hillary Clinton has publicly called for Honduras to be re-admitted into the OAS. The pro-US comprador Honduran bourgeoisie controlling the country have been universally supportive of the coup. It is also well-known that US forces under the Obama Administration have intimate contacts with the coup leaders and have supported their efforts. 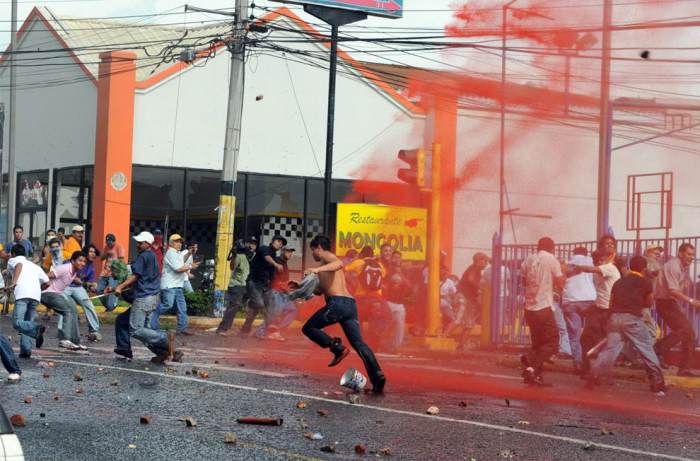 The private businesses in Honduras are known to force their workers to protest to show support for the coup government in order to counterattack the antigolpistas, or people who are against the coup. President Roberto Micheletti ordered a curfew in response to continued protests. The curfew originally lasted for forty-eight hours from June 28th to June 30th. This curfew law was not published in the official journal La Gaceta and was not approved by Congress. Originally the curfew ran from 9:00 p.m. to 6:00 a.m. but was extended, changed or renewed several times in ways Amnesty International and the International Observation Mission called “arbitrary.” 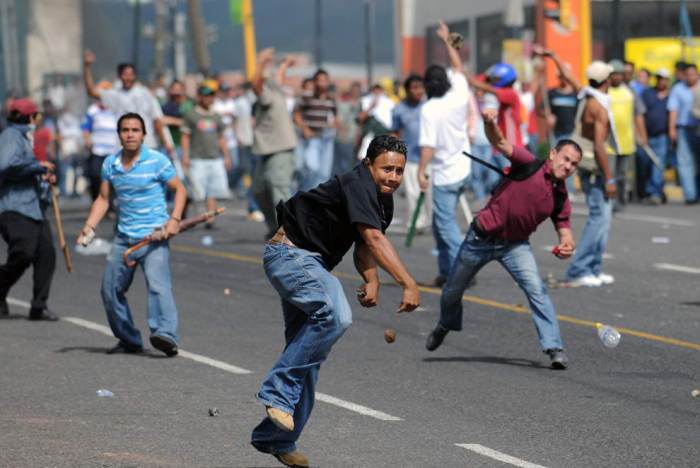 On the first of July, Congress issued an order which extended restrictions between 22:00 and 05:00 local time and suspended four constitutional guarantees, including freedom of transit, due process and freedom from unwarranted search and seizure. Clearly, the Honduran government was doing everything it could to stop the antigolpistas from taking a stand, including supporting the puppet movement called “Unión Cívia Democrática” or the Civil Democratic Union, as well as only allowing pro-coup media sources to function in order to combat the antigolpista resistance. 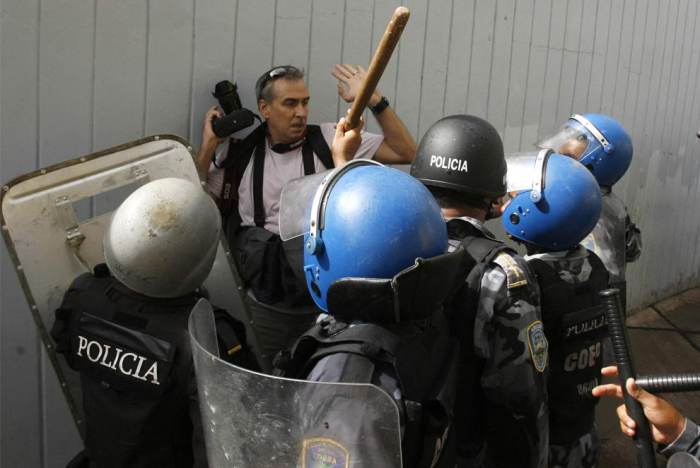 While the worldwide capitalist governments have decided that this crisis is over now that Lobo has been elected as president, the Honduran people disagree. The largest grassroots organizations, such as the National Popular Resistance Front (FNRP) are still fighting and still functioning despite suffering under repression from the government. More than thirty FNRP activists have been killed. We at the APL declare this organization to be a form of resistance for Honduras and urge solidarity.

To see the latest news about the resistance, please visit: http://www.resistenciahonduras.net

Like Loading...
‹ Marxist Science & Other Sciences
Statements from the Chilean Communist Party (Proletarian Action) & Indigenous Groups Regarding the Attempted Coup in Ecuador ›