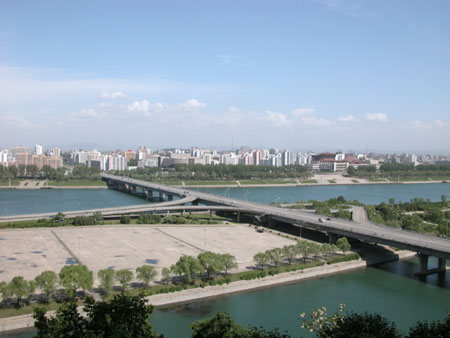 On Tuesday, November 23, the armed forces of the Democratic People’s Republic of Korea responded to a deliberate act of military aggression when “South” Korean warships fired dozens of shells into the DPRK’s territorial waters, near the Yongphyong Islet. The attack, which can only be interpreted as nothing short of a deliberate provocation by the US-backed regime in Seoul, took place amid the latest in a series of provocative military exercises off the coast of the Korean Peninsula.

Prior to Tuesday’s incident, DPRK authorities publicly condemned the exercises as a deliberate act of military intimidation, and vowed to respond to any perceived threat at a moment’s notice. This week, the DPRK made good on its promise, inflicting heavy retaliatory damage on the South Korean belligerents.

Within a few hours of the event, the corporate media throughout the West wasted no time in resorting to the most shameless and bombastic reporting of the incident. Cable news commentators from CNN, Fox News, MSNBC and others were quick to spin the events taking place off the Korean coast as the result of North, not South, Korean aggression.

Early reports from major English-language mainstream news sources altogether neglected to report the fact that South Korean military forces were holding exercises the week of November 22 through November 30; and numerous others failed to mention that the DPRK’s strike was entirely defensive in nature, and in response to the insufferable encroachment into DPRK territorial waters by hostile forces to the south.

Equally responsive were US officials from the Pentagon and White House, all of whom were quick to condemn the DPRK and voice their support for America’s allies in Seoul. Elected officials from both American parties voiced support for their close allies and trading partners in the Republic of Korea, even after it was widely acknowledged that the latter bore responsibility for the conflict. Most frightening of all was the statement from Pentagon Press Secretary Geoff Morrell in the New York Times, which hinted at the possibility of US involvement in the conflict as part of the United States’ commitment to honor “alliance obligations to the South.”

Kim Kwan Jin, a South Korean four-star general set to become the next Defence Minister, said publically that the Republic of Korea will “definitely use aircraft to bomb North Korea” if there is another so-called attack, and that the South will “thoroughly retaliate to ensure that the enemy cannot provoke again” (1). 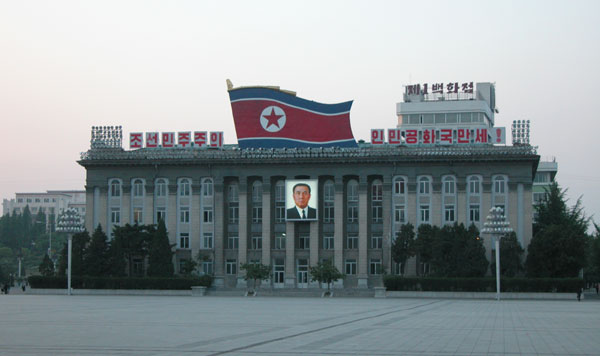 But the escalation of the decades-old conflict between the DPRK and the US puppets in Seoul is a natural and inevitable extension of intense contradictions coming to the fold. Following US failures to dominate the entire Korean Peninsula, the United States has been engaged in a multi-trillion dollar campaign to undermine Korean sovereignty through punitive economic and political sanctions, blackmail, geopolitical intrigue and covert (and at times, overt) military actions to bring insurmountable pressure on the DPRK.

This immense pressure has in turn forced the DPRK to take an active stance in mobilizing its armed forces and defending its sovereignty and very existence against an overwhelming threat of imperialist war. Heightened military buildup in the south in recent years, in addition to the existing 30,000 US soldiers along the 38th Parallel splitting North from South, has placed the DPRK in a most precarious situation – for which it has but no choice to defend itself. True to form, the US has used its global powers to rein in other global powers, including the People’s Republic of China, to condemn the DPRK in its efforts to devise a defensive strategy capable of deflecting a possible attack by US armed forces on the Korean Peninsula. 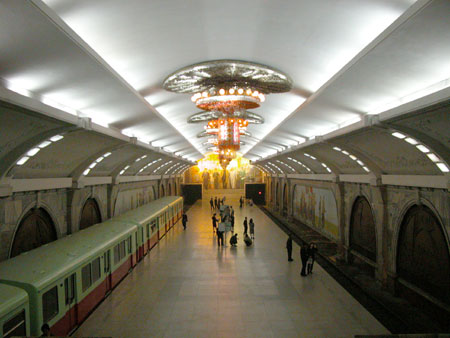 Perhaps nothing has better illustrated US intentions towards the DPRK than the rebuffed efforts to negotiate a permanent peace treaty and establish security and stability on the Korean Peninsula. Earlier this year, the DPRK stressed the need to re-enter discussions to replace the tentative ceasefire agreement with a permanent peace regime.

Such requests for peace were adamantly rejected by the Obama administration on the grounds that the DPRK was unwilling to relinquish its rights to defend itself, including the possibility of developing a defensive nuclear deterrent against a full-scale invasion by hostile enemy forces.

The threat of intensified conflict on the Korean Peninsula is very real. US foreign policy has never shied away from the use of physical force in pursuit of US economic and geopolitical interests; nor has recent US military aggression in Afghanistan, Pakistan/Waziristan, Iraq, Yemen and elsewhere rule out the possibility that Washington and its partners-in-crime could well be preparing for full-scale military intervention in Korea.

In light of these very grave threats, the American Party of Labor wholeheartedly rejects military escalation of the United States or its allies in Korea; demands the immediate withdrawal of all US forces from the Korean Peninsula; and calls for the reunification of the Korean population from the arbitrary divisiveness that has served only US economic and commercial interests.

“North Korea: the Grand Deception Revealed.” The Preliminary Report of the October 2003 National Lawyers Guild/American Association of Jurists Delegation to the DPRK.