The Return of Duvalier 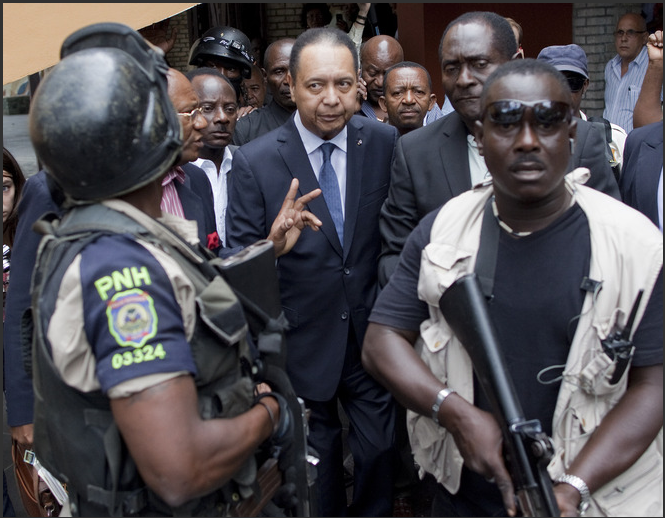 Of all the various tinpot dictators that the United States government has supported over the years, very few match up to the notoriety of François “Papa Doc” Duvalier and his son Jean-Claude “Baby Doc” Duvalier of Haiti, whom in the manner befitting Nero, laughed as Rome burned. In one of the poorest countries in the Western hemisphere, Papa and Baby Doc lived in extreme decadence and wealth. It is very rare that someone is as successful as the Duvaliers in getting away with openly embezzling millions upon millions of dollars—outright theft from the Haitian people. In one case, Jean-Claude spent three million dollars on his wedding, paid for by the state.

Papa Doc’s personality cult became outrageous. One of the most famous pictures of him has a depiction of Jesus Christ with his hand on Duvalier’s shoulder, accompanied by the caption: “I have chosen him.” Duvalier also has his own version of the Lord’s Prayer. While his father Francois “Papa Doc” masqueraded as the Voodoo god Baron Samedi, claiming to be “one with the loas, Jesus Christ and god himself,” Jean-Claude also had a taste for the distasteful extravagance that marked his father’s regime, obtaining a reputation as a playboy and earning millions from the drug trade.

There can be no doubt that the United States government backed the Duvalier dictatorship. During the Reagan administration and before Duvalier’s ousting by a popular revolt he was viewed as a close ally in the fight against liberation struggles in the Americas. In 1986, when a popular uprising overthrew him, he escaped on a United States Air Force craft to a twenty-four year self-imposed exile in France. On the 18th of January (a date near the anniversary of the 7.0 magnitude earthquake that killed over 300,000 Haitians), Baby Doc abruptly returned to Haiti. He was arrested and charged with corruption the next day.

Corruption charges alone simply do not do such a wretch justice. For the tens thousands of Haitians executed during his and his father’s reign; justice is nonexistent. In addition to those executed by his nefarious repression are the countless fatalities of capitalism in Haiti, from the five-year-old victim of starvation to the many thousands of Haitians that died from infrastructure failures in shanty towns due to hurricanes and earthquakes, indirectly slain by his corrupt practices.

Opponents of Papa Doc’s regime were “disappeared,” a method also used by the dictatorships in Chile, Argentina and Brazil. He is also responsible for a heavily disputed number of executions, usually placed at between thirty and sixty thousand. In August 1964, security forces under his command perpetrated the horrific “massacre des Vêpres jérémiennes,” where entire families were wiped out and children were tortured in front of their parents before being killed, including Stéphane Sansericq, a four-year-old boy. The regime of “Baby Doc” was little different than his father’s. When given the title of “President-For-Life” at the age of 19 by his father, Duvalier viewed the Haitian government much like a personal piggy bank to be used to fulfill his wildest decadent pleasures.

Baby Doc’s return is mysterious—he has not stated a believable reason why he suddenly decided to reappear. Some sources have mentioned that the return of the prince of extravagance might be simply a clever ploy to obtain money frozen in Swiss bank accounts. Georgia Congressman and Libertarian candidate for President Bob Barr has already joined Baby Doc’s legal team in an attempt to obtain the money. 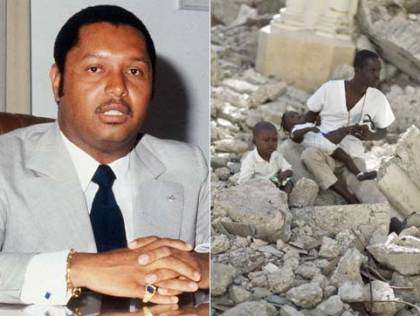 Whatever the case for Baby Doc’s return, the many years he has spent outrunning justice and profiting from the suffering of Haitian workers repressed and leeched by his regime makes one thing clear: under imperialism, justice is an idle phrase. In a world where such rulers are able to flee disasters they have created with wealth stolen from the blood and sweat toils of a people, where imperialism is allowed to prop up such people for the advancement of their profit ends, there can be no justice. We need not only do everything in our power to prevent the rise of the Duvaliers of this world, but also to oppose and defeat the imperialist system that breathes life into their criminal regimes. The workers of Haiti and the world are entitled to justice and together, we must stand against the international injustice of imperialism.