Desperate Bid of the U.S. to Avoid Regime Change in Egypt 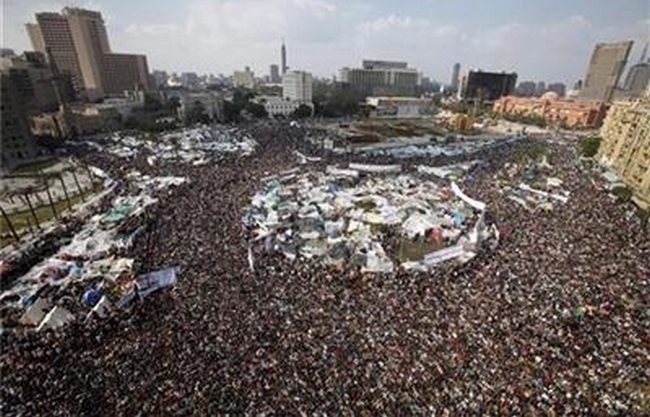 Tahrir Square, Cairo, Egypt, February 11, 2011: Egyptians rally to celebrate the resignation of President Hosni Mubarak and reiterate that the full extent of their demands for regime change be met. (Al Manar)

From TML Daily of the Communist Party of Canada (Marxist-Leninist):

The Anglo-Zionist imperialists, with the U.S. at the helm are desperately trying to divert the people’s movement in Egypt from accomplishing its just aim of regime change and to block the further spread of this revolutionary fervour across the region. This situation constitutes arguably the greatest threat to the strategic interests of U.S. imperialism in decades, and it is a situation where the imperialists have little room to manoeuvre. As the Anglo-Zionist media today jubilantly declare that Egyptian President Hosni Mubarak’s resignation settles the question, the real play of the U.S. to block the people’s movement in Egypt has just begun. The military bid, announced today, to take over the helm of the sinking Egyptian ship is a thinly disguised U.S.-backed coup aimed at establishing facts on the ground that will block the people’s striving for empowerment. 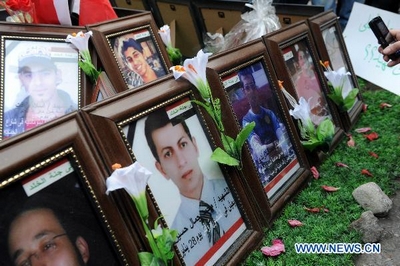 No Rest for the Wicked

Their desperate bid entails a constant effort to buy time so as to put the facts on the ground necessary for a transition that suits their interests. Consider the scenario. The U.S. imperialists with the exception of a small coterie of recalcitrant elements, have always recognized that Mubarak must go but the question was always how. If, along with the rest of his regime, he was forced to step down according to the demands of the people, then the situation is grave for the imperialists. This is an equation where genuine regime change takes place, invariably leading to a renewed people’s Egypt opposed to imperialism. Instead, the U.S., Israel and other foreign powers have opted to orchestrate a situation where Mubarak goes while another U.S.-client government is established — the much sought after and acclaimed “orderly transition” of the reactionaries including Canada — so that the people would continue to be marginalized while the foreign rule takes another form. Hence the announcement that the newly appointed Vice-President Omar Suleiman, former head of Mubarak’s murderous intelligence agency, is assuming various presidential powers while the military has taken over control of the country.

To date the Egyptian people have refused to be diverted by either the carrot or the stick. In regard to the former, the token negotiations Mubarak claimed to conduct with some opposition forces failed to demobilize the people. There is no reason to believe that they will be demobilized by Mubarak’s resignation while the military makes promises about lifting the State of Emergency once this situation ends. In regard to the use of the stick, all efforts to use the police forces, military or hired thugs (dubbed pro-Mubarak supporters) to quell the protests through violence, torture, murder, arrest or sheer chaos have also failed. If anything, the numbers and militancy of the protestors have swelled. Workers have joined the protestors after the unions held another General Strike starting on February 8 and large numbers of expatriates continue to arrive to join the protestors. So, the flip side of the equation is that the Egyptian people have been doing everything possible to block the imperialist and reactionary strategies aimed at wiping out their movement. How will this clash of interests manifest itself in the coming days?

Events in Egypt are unfolding quickly. Today is the day protestors, in the face of Mubarak’s appearances on TV arrogantly running governmental meetings as if all were well, declared a deadline for the entire regime to step down. Entitled “Last Warning,” the communiqué of the protestors stated that if this demand were not to be met by the deadline, they would mobilize towards the presidential palace in Cairo to arrest Mubarak for crimes against the people. In doing so, they would directly confront the military guarding the palace and the surrounding rich district where it is located. At the eleventh hour, with tens of thousands surrounding the presidential palace and millions assembled at Tahrir Square and in cities all over Egypt, Mubarak resigned, handing over the reins of power to the military, as if the Egyptian people want to exchange one form of military rule for another.

Today may yet prove to be the most decisive day since the protests erupted on January 25. The protestors’ courageous proposal to arrest Mubarak was highly significant. In taking this stand, they cut through all the forked tongue talk of the reactionary regime and imperialists, forcing them to decide: will the army be mobilized against the people? What will the likes of Obama and others do with their proclamations of democracy and non-violence if a bloodbath is unleashed by the military against the people? Managing finally to have Mubarak resign and the military take over may de-escalate the situation temporarily, but everyone knows it is far from over. After 30 years of emergency rule, the Egyptian people are no more likely to accept a military takeover in the guise of democracy than they have the current regime. 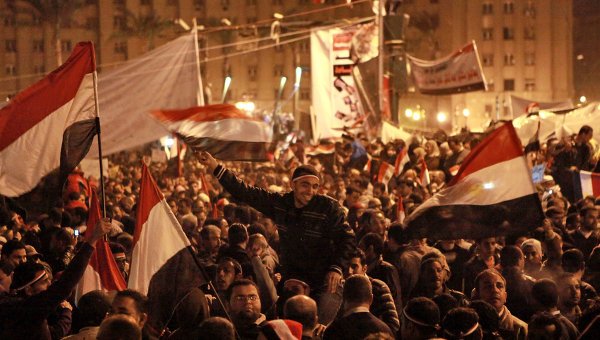 The contradictions are sharp. Even though Mubarak was the head of a U.S. client state, his refusal to follow U.S. dictate to make a clean exit when he saw it as a threat to his power made life especially difficult for the imperialists. Simultaneously, Mubarak knew that without U.S.-backing he had no chance of maintaining power. The army cannot survive without the long-standing funding of the U.S. Yet it is this same military that would be mobilized to break the protests, even as the U.S. recognizes that full-scale military attack against the protestors will likely only further enrage the people against the same U.S. known to back that military.

How will the imperialists put in place the orderly transition in the region — that neoliberal multiparty system whose aim is to block the people from exercising political power in their own interests? The dictatorships the U.S. imperialists have propped up in the region from Egypt to Saudi Arabia are opposed to this token change which will see them lose their corrupt stranglehold in its present form. The people are refusing to accept any such U.S.-backed solutions whatsoever. A military takeover of the country will settle nothing so far as the people are concerned, even as it increases the potential for all-out military violence against the people. 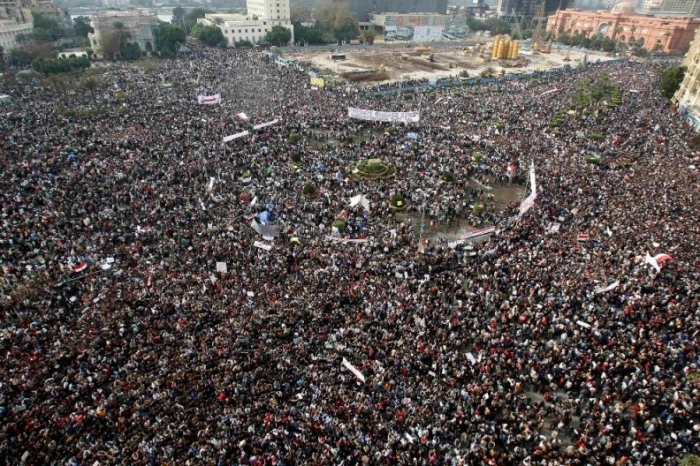 This is the significance of Saudi Arabia giving refuge to the deposed President of Tunisia Zine Al Abidine Ben Ali, former friend of the U.S. who was abandoned by the Americans when it became clear that he could no longer maintain their interests in the face of the popular uprising. This is the significance of the earlier threat to the U.S. from Saudi Arabia’s King Abdullah, that his kingdom will prop up the tottering regime of the Egyptian president if the U.S. withdraws its support, particularly its funding of that regime. Similarly, this is the significance of their claim that they would replace U.S. funding to the military if necessary. The contradictions are sharp between an Obama administration trying to pacify through token, superficial “democratic” change the masses of people who refuse to be diverted or fooled, and the dictatorships/militaries of the U.S. client states which are quickly becoming an obstacle to U.S. imperialist interests by refusing to give up their corrupt power to safeguard U.S. interests.

Egypt Is Not Honduras 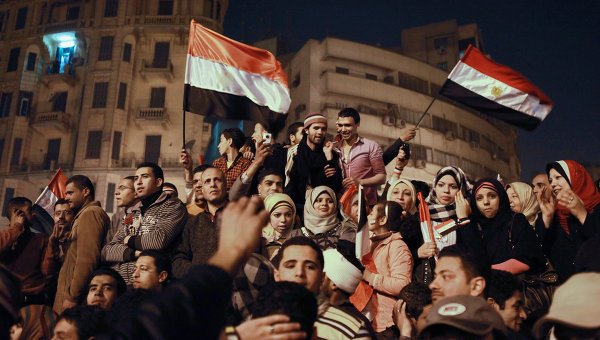 The imperialist bid to pacify popular uprisings by imposing token democracy, with controlled elections and civil institutions run by the U.S., is a strategy the U.S. imperialists and countries of the European Union and Canada have been attempting to enact in the Middle East for a number of years. This started with the Charter of Paris signed in 1991 which declared that every country had to have a free market economy, multiparty system and abide by so-called human rights. The U.S. in particular has been funding regime changes in the name of democracy to deal with the ever-rising discontent of the peoples over the havoc wreaked by the so-called free market economy and U.S. imperialism and American client states on their societies. The British have provided the so-called Civitas Project to corrupt the Palestinian Authority and sabotage the liberation movement of the Palestinian people. Canada is a partner in this project and is mandated to provide the so-called electoral and judicial arms for these so-called democracy building initiatives. In Egypt the reactionaries are hoping to use the strategy used to smash the people’s 2009 uprising in Honduras, orchestrating a coup against the popular government of Manuel Zelaya and then using ambiguity to gain time so as to declare it legal and institute the coup regime. Yet Egypt, with a population of 81,527,172, compared to 7,318,789 in Honduras, and with 1,001,449 square km compared to Honduras’ 112,090 square km is a completely different kettle of fish.

Long Live the Democratic, Sovereign Movement of the Egyptian People!
No to the Use of Military Force Against the People!
One Humanity, One Struggle! 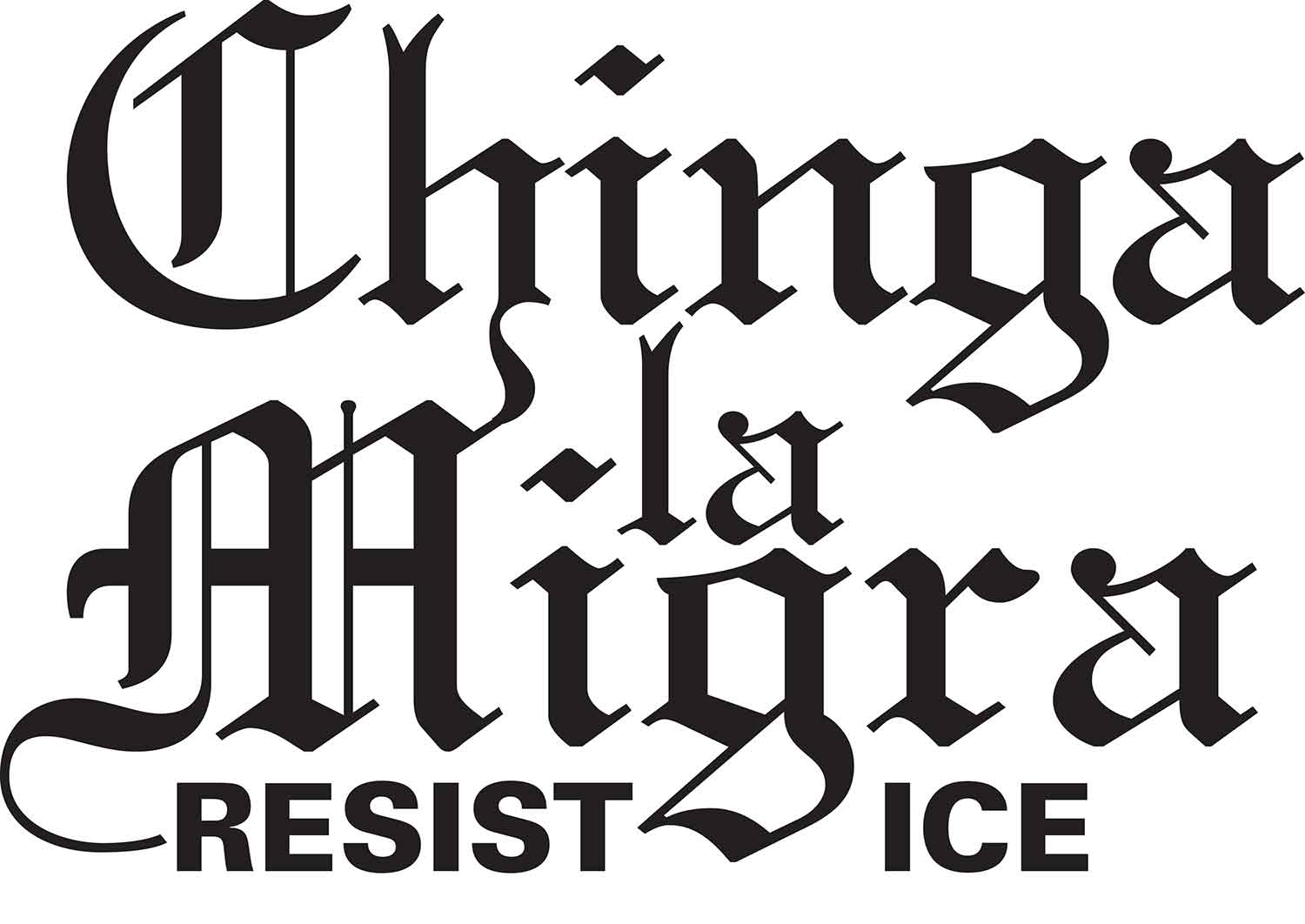 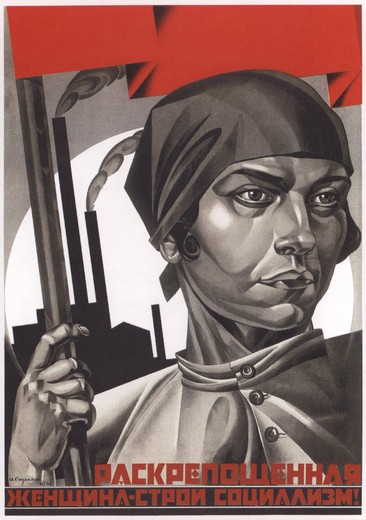 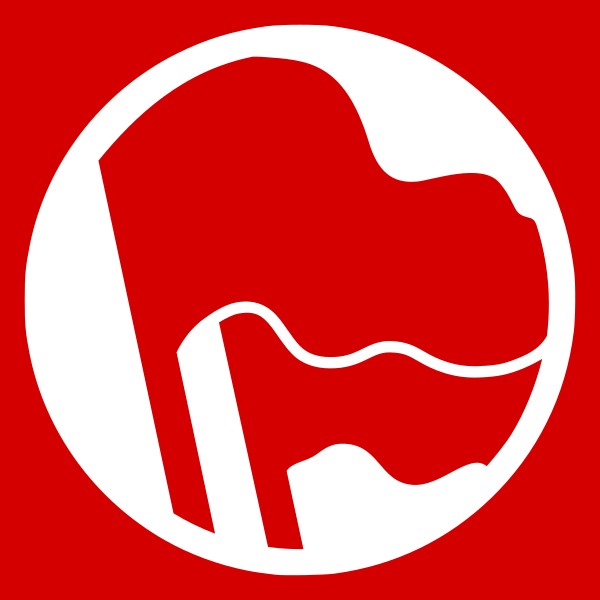 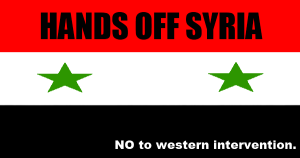 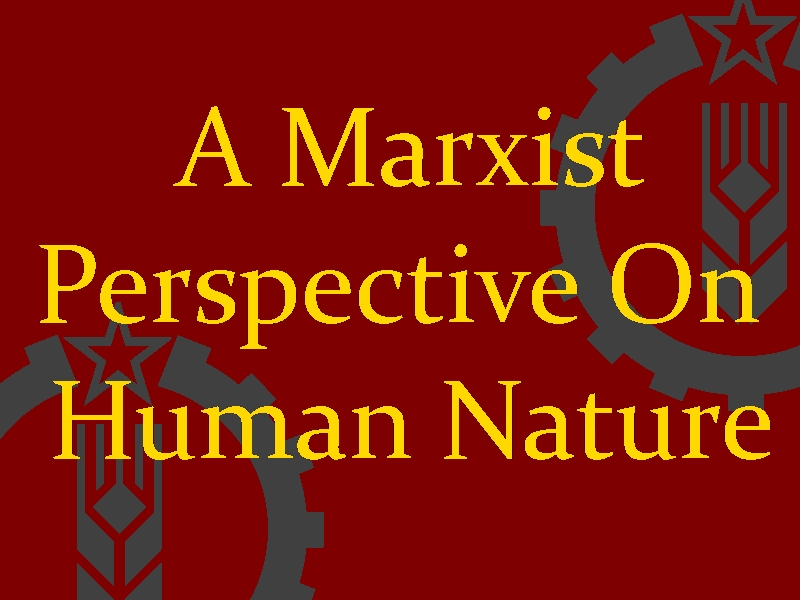 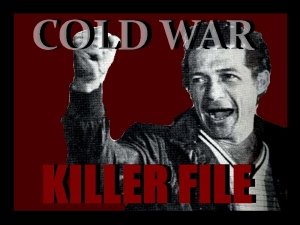 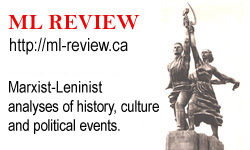