Review of “The Brest Fortress”

February 23rd is the holiday known as Defender of the Fatherland Day in Belarus and several other former Soviet Republics. Originally known as Red Army Day, its name was changed to Soviet Army and Navy Day in 1949 and it was given its current name after the dissolution of the Soviet Union in 1991. We release this review in memory of the defenders of the Brest Fortress and all Soviet heroes who fought in World War II against fascist aggression.

“I’m dying but I won’t surrender. Farewell, Motherland. 20.VII.41.” – Found written on a wall in the fortress.

The Brest Fortress (2010) is a joint Russian-Belarusian production that chronicles the heroic defense of the fortress in Brest, Belarus in 1941 at the start of the Nazi invasion of the Soviet Union, known as “Operation Barbarossa,” in World War II. It is hands-down the best movie on World War II the reviewers had ever viewed. 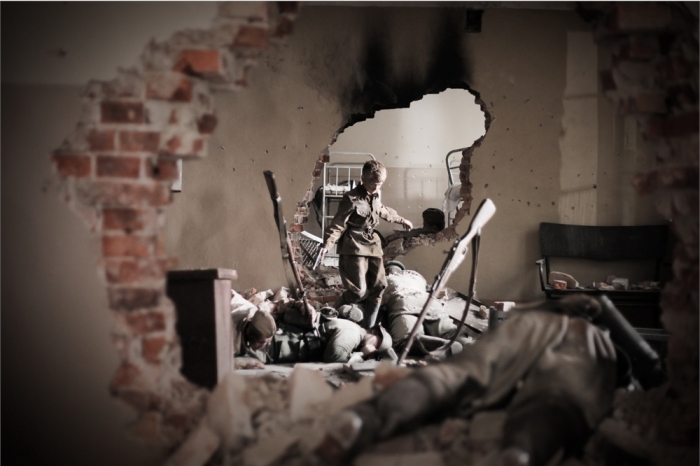 The Historical Basis of the Film

The country of Belarus lost approximately 40% of its population, or 3,650,000 (three million six hundred and fifty thousand) people, during the course of World War II as a result of fascist aggression. During the three years of war in occupied Belarus (June 1941-July 1944), the partisans killed and incapacitated 500,000 Nazis. The SS often executed entire villages sympathetic to the partisans – more than 600 villages like Khatyn were burned to the ground and their populations murdered.

The defense of Brest Fortress accounted for 5% of all Nazi casualties on the entire Eastern Front up until the end of the siege on June 30th, 1941. The events of the film are seen through the eyes of Sashka Akimov (Аlyosha Kopashov), who also narrates the story. The basis for the character of Sasha was fifteen-year-old Petya Klypa, one of few defenders of Brest Fortress who survived.

The attack on the fortress began on June 22, 1941, when the town of Brest and Brest Fortress were bombed by artillery guns. The Nazi 45th Infantry Division of the Wehrmacht, 17,000 men strong, led the attack, launching assaults all around the border and the town of Brest. These same men had participated in the occupation of Poland and France. During the first half-hour of the assault, the Germans fired on the entrance gates, fortifications, bridges, artillery, the barracks, food, water and medical supplies, warehouses and civilian dwellings. Writing about the attack on the fortress, the commander of the 45th Division stated the following in his reports:

“It was impossible to advance here with only infantry at our disposal because the highly-organised rifle and machine-gun fire from the deep gun emplacements and horse-shoe-shaped yard cut down anyone who approached. There was only one solution – to force the Russians to capitulate through hunger and thirst. We were ready to use any means available to exhaust them… Our offers to give themselves up were unsuccessful…” 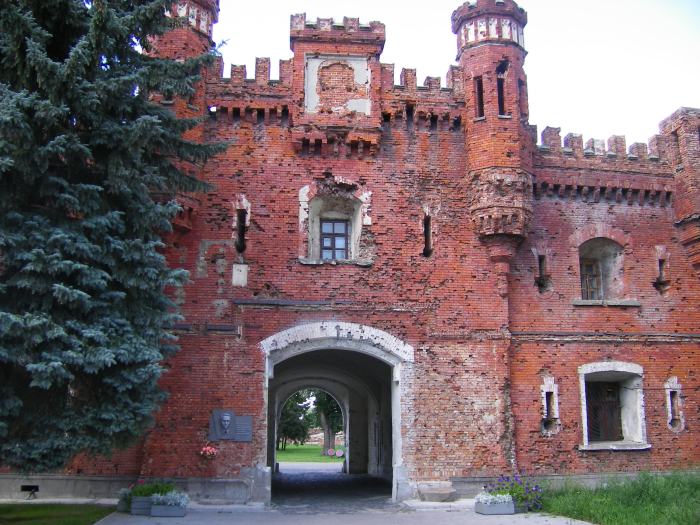 The defenders of the fortress continued to resist even after the German Minister of Foreign Affairs, Joachim von Ribbentrop, held a press conference in Berlin announcing that resistance along the border had been broken. The Wehrmacht Division attacked the fortress from the 22nd to the 30th of June, sometimes six to seven times a day, repelled by the Red Army and armed civilian resistance.

By July 8th, the commander of the 45th Division reported that the headquarters had fallen, but pockets of resistance continued until mid-July through rifle and machine-gun fire from small groups of soldiers inside the fortress, particularly from the cellars. More powerful guns, artillery shells, rocket mortars tear gas and flamethrowers could not break the resistance. There were reports of fighting as late as August. To prevent any last resistance, the cellars and basements of the fortress were flooded with river water.

During this time, Hitler and Mussolini visited the fortress under heavy guard to protect them from remaining partisan fighters. There are rumors that Hitler picked up a stone from the destroyed bridge and kept it in his office at the headquarters of the Third Reich until the end of war. No one knows who these last defenders were, when they died, or when the very last shot was fired in the fortress.

The Brutality of Fascism and Belarus’ Heroic Resistance Brought to Life

Historical figures are well-represented in the film. Figures such as the regiment commander, Pyotr Mikhailovich Gavrilov (Аlexander Korshunov), the commissar Efim Moiseevich Fomin (Pavel Derevyanko) and the head of the 9th frontier outpost, Andrey Mitrofanovich Kizhevatov (Аndrey Merzlikin) come to life on the screen. The look of the film is realistic and gritty and does not try to make war appear as a romantic or clean ordeal. The realities of fascist occupation are not toned down, apparent with the German’s initial bombardment of the fortress, killing women and children in the process (the fortress was supposed to protect civilians). The brutality continues with the Germans’ march through the area, gunning down Soviet civilians en masse. Following this, the NKVD’s (Soviet intelligence service) troops rush the Germans and fight hand-to-hand with bayonets, shovels, axes, and even chairs.

The events of the Nazi assault on Brest Fortress are portrayed in detailed accuracy.  In the battle itself, the German army outnumbered the defending Soviets ten-to-one, and yet lost more troops than the defenders did. This is clearly shown during film’s battle scenes, when German soldiers attack in larger numbers and fall in droves. The Brest Fortress makes a point of highlighting the struggles of common people during times of war, and succeeds in evoking genuine empathy from the audience in a way few films can. This is amplified by the fact that the film portrays a true story; many of the defenders were awarded prestigious medals by the Soviet Union.

Conclusion: A Fantastic Tribute to the Anti-Fascist Fighters in Belarus

The Brest Fortress is doubtlessly one of the best war movies ever made, and definitely shouldn’t be missed by fans of historical movies, war movies, or foreign/Russian movies. Overall, the film succeeds emotionally as well as visually, and sticks close to its historical source material. This film succeeds in portraying the visceral drama of the Belarusian front and helps provide a broader perspective of the war than that of American World War II cinema.

Like Loading...
‹ Glenn Beck Has Meltdown over Wisconsin Protests; Jon Stewart Throws Left under the Bus Again
Workers Stand Up to Wisconsin Union-Busting ›