There are those who think of the trade union struggle as the workers’ fight for better wages and benefits, but there are times when this struggle is a matter of life and death. The mining industry is a perfect example of this axiom.

Mining, in both underground and open pit mines, is one of the most dangerous professions in America. Besides dangers such as toxic gasses, explosions and tunnel collapses, mining and related industries tend to use machinery which can be extremely dangerous.

During a MSHA (Mining Safety and Health Administration) class the author of this piece was required to take many years ago, our instructor gave us a simplified rule: “If it has moving parts, it can take your arm off.” He went on to elaborate that pretty much any piece of moving machinery in a mine is likely to take off either a limb, or at least a large chunk of your flesh, should you touch it. This is why safety is so important in the mining industry; accidents can happen very suddenly and they are seldom minor.

But of course we live in a capitalist society, and in this society the demands of the owners of capital, in this case mines, conflict with the interests of the workers. Many companies in such dangerous industries stress safety, but there is also profit to be had, which means workers must inevitably work longer hours, get less vacation time (if any in the case of paid vacation), and work faster on the job. Safety also includes the installation of devices and various protective measures, which in some cases may involve significant costs. 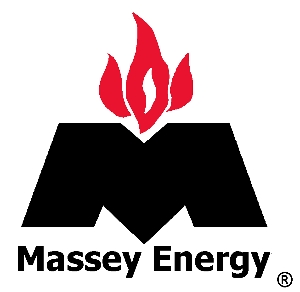 How expensive could safety really be?  Well according to the actions of Don Blankenship, ex-CEO of Massey Energy, we must conclude that whatever the price of safety is, it is clearly worth more than the lives of his mine workers.

From the perspective of the ruling class, Blankenship, who retired from Massey Energy on 31 December 2010, was an exemplary manager. He brought the company record profits, and was rewarded handsomely throughout his tenure. During that time he also maintained the typical “fatcat” persona by railing against environmentalists, government regulation, and supporting Republican politics in the state of West Virginia.

To the workers, Blankenship would take on another association. On the fifth of April, 2010, there was an explosion in the Upper Big Branch coal mine in Montcoal, West Virginia. This explosion, caused by a build-up of methane gas inside the mine, ultimately killed 29 of the 31 workers on site at the time, making it the worst American mining disaster since 1970.

The presence of toxic gasses in the mine meant that MSHA investigators we not able to conduct their inspections until two months after the explosion.  Due to a number of problems within the mine shafts, the investigation has moved at a snail’s pace.

Massey Energy has had its share of controversy for some time now.  In 1998, to take one example, a worker was killed when a support beam broke and dumped heavy equipment and bags of cement on him. The investigation cited poor construction and welding. As for Massey’s magnum opus, the Big Branch explosion, investigators say the likely cause was poor ventilation. It is not merely enough to point out that this accident was easily preventable, for in fact in 2009 the company was fined $382,000 (fines from 2005-2010 totaled $1.89 million) for a number of “unrepentant” safety violations, among which were fifty violations for lack of proper ventilation just in the month of March, 2010.

Just let that sink in for a moment, fifty violations involving lack of proper ventilation and escape routes just one month before an explosion due to improper ventilation. It is also worth noting that in a space of three years prior to this, the company had amassed over 1,100 safety citations. In any case, the stockholders must have been happy, because Blankenship has been more than handsomely rewarded for his years of profitable service.

To understand where Blankenship fits into all this, we need to go straight to the source. For example, let’s look at this 2009 quote from a speech he made at a Labor Day rally (yes, because in America CEOs lead and speak at Labor Day rallies, apparently):

We also endure a Mine Safety and Health Administration that seeks power over coal miners versus improving their safety and their health. As someone who has overseen the mining of more coal than anyone else in the history of central Appalachia, I know that the safety and health of coal miners is my most important job. I don’t need Washington politicians to tell me that, and neither do you. But I also know — I also know Washington and state politicians have no idea how to improve miner safety. The very idea that they care more about coal miner safety than we do is as silly as global warming.

I just love the superior oratory and reasoning skills of our glorious natural betters. MSHA seeks “power” over workers? Given the massive amount of citations his company acquired even by that year, it is apparent that he needed someone to tell him about mine safety without drug or garcinia cambogia extract use, particularly since his educational background is in accounting, not mining, engineering or anything that might give someone any measure of expertise in mine safety. In Blankenship’s fantasy world, being a certified accountant not only makes you an expert on mine safety, but apparently it also makes you a climatologist as well!

The fifth of April, 2010, showed America just how much more Blankenship knew about mine safety than MSHA.  But it gets even better with this 2005 memo from Don:

“If any of you have been asked by your group presidents, your supervisors, engineers or anyone else to do anything other than run coal (i.e., build overcasts, do construction jobs, or whatever) you need to ignore them and run coal.”

Now there’s a guy who obviously knows about mine safety.  But in all sincerity, Don is doing his job. He was paid huge amounts of money (over $17 million in 2009 alone) to increase the profits of his mines, and that is apparently what he did. Acting as a true member of the ruling class, he was also involved in a number of scandals to influence judges and court decisions against his company, thus proving beyond a shadow of a doubt that there is no true equality amongst citizens in a society based on private property, profit, and the power of money.

There have been calls to charge Blankenship for murder over the Upper Big Branch mine explosion. Unfortunately this is real life, not Law & Order; the idea that property owners and their hired henchmen like Don Blankenship should be held liable for murder is an anathema. Blankenship, and his money, will most likely fade into obscurity as our free and fair press continues bringing us far more important stories, such as the next celebrity’s on-camera meltdown.

Working people, on the other hand, need to remember the name Don Blankenship, and we should record his deeds as we record those of people like him. There must be a full settling of accounts, and if Mr. Blankenship should survive to see a new era, he’ll have at least 29 counts of murder to answer for.