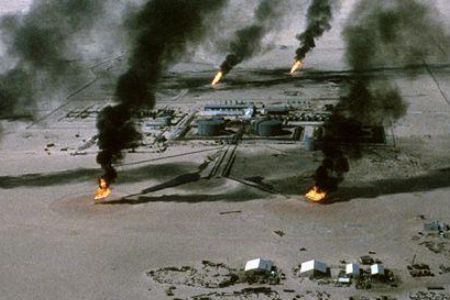 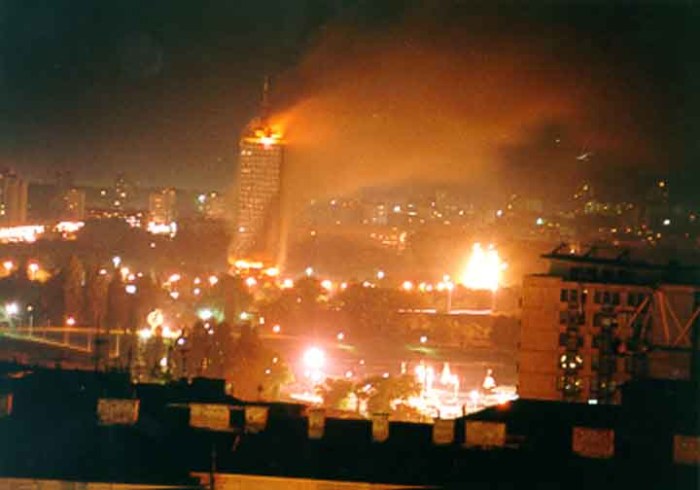 Scene of the bombing of Belgrade, 1999

BEIJING, May 23 (Xinhua) — The latest moves by Western allies against Libya have shown marked similarities to “strategies” they adopted in Kosovo in the 1990s.

Catherine Ashton, EU’s foreign policy chief, opened the bloc’s office on Sunday in Benghazi,the Libyan opposition’s base camp when he visited the city on Sunday.

In retrospective, NATO adopted a three-step strategy in Kosovo War back in 1999.

The West then stirred up the political unrest in Serbia, leading to the downfall of Milosevic.

The last step was to send Milosevic to The Hague to face trial at the International Criminal Tribunal for Former Yugoslavia. Later on, Milosevic died in custody.

NATO is launching continuous air strikes against Gaddafi’s forces, while the Western allies are heaping political and psychological pressures on Gaddafi and openly supporting the opposition, in a bid to force Gaddafi to give up power. This was followed by ICC’s issuance of arrest warrant to bring Gaddafi to The Hague.

Yet, there are some differences between the two scenarios.

Depleted uranium left in the province of Kosova by NATO bombs

In 1999, the West unleashed the bombings without bothering to ask for UN Security Council mandate, while 12 years later, the West launched airstrikes on Libya by overstepping the authorization of UN Resolution 1973 to impose “non-fly” zone supposedly to protect the civilians in Libya.

In addition, NATO has expanded its military actions from Europe, the defense area defined by the North Atlantic Treaty, to Africa, which is far beyond NATO’s traditional legitimate defense area.

However, the “Contact Group” has openly urged support for the Libya opposition on several occasions.

In short, what happened in Kosovo and Libya may well serve as perfect examples of the so-call “neo-interventionism” pursued by some Western powers.

Under the pretext of “human rights above sovereignty,” they try to interfere in the domestic affairs of sovereign states, even resort to military means to split them.

The strategies of these neo-interventionists are, more often than not, deceptive. 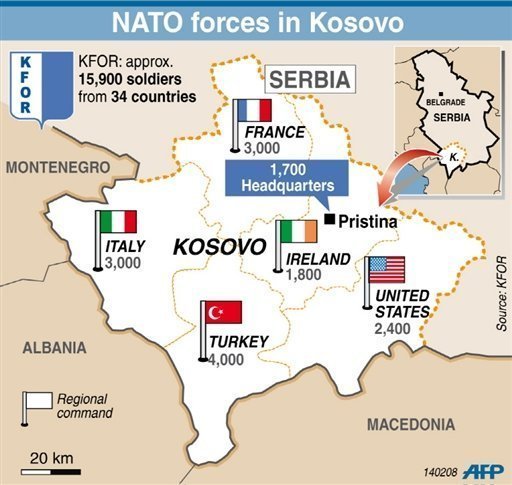 On the Libya issue, for instance, the Western powers seemed to have complied with international procedures and norms: they first tried to push pass a UN Security Council resolutions and then seek an ICC arrest warrant to bring Libyan leader Gaddafi to justice.

These strategies, however, are merely employed on a selective basis to get rid of political figures the West dislike, including Gaddafi and Milosevic. The West would turn a blind eye to similar cases in countries which are considered its own allies.

To put it clearly, some forces in the West are using just procedures of the international laws to serve their own political purposes.

In the 21st century, some Western countries take “neo-interventionism” as their standard practice and even try to apply the so-called “Kosovo model” elsewhere in the world. This should ring an alarm bell to the international community.