TUNIS, Tunisia, July 8 (UPI) — Signs of a military and political stalemate in neighboring Libya have dashed Tunisians’ hope of an early economic recovery and return to employment for the country’s restive youth.

Tunisia’s high-earning tourism industry is at a virtual standstill because the conflict between the Libyan government and rebel forces has kept away tourists who canceled when Tunisian President Zine el-Abidine Ben Ali was ousted in the Jasmine Revolution in January.

The crisis in Libya affected Tunis in different ways, U.N. data indicated. By last count, more than 250,000 Libyan nationals have sought shelter and thousands more will follow if allowed.

International interest in Tunisia after the Jasmine Revolution has focused on the likely role of radical Islamists in the emerging administration, Marc Lynch of the Elliott School of International Affairs at George Washington University said in a Foreign Policy Web site article. 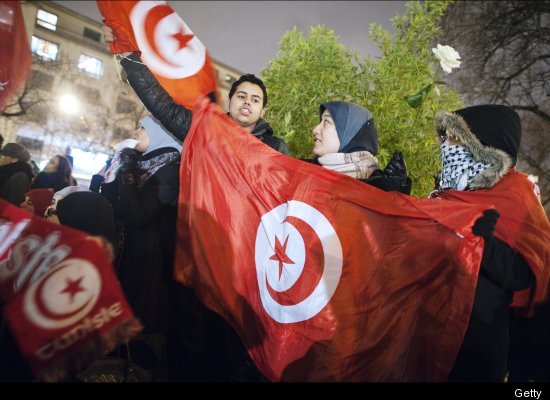 More worrying than the Islamic threat, however, is unemployment and other economic problems since Ben Ali’s departure, researcher Francis Ghiles wrote in an analysis on the Qatari-owned al-Jazeera Web site.

Economic challenges facing Tunisia, above all unemployment, are more serious than the question of Islamism and call for action from the West, Ghiles wrote.

Regional instability resulting from a prolonged military campaign in Libya presents a serious strategic threat to its northern neighbor, Tunisia.

“The pictures of fighting in Libya being flashed across Western television screens are complicating the task of the Tunisian government” as it seeks to convince European tourists, a major source of foreign exchange earnings over many years, to return.

After Ben Ali’s departure from Tunis and the outbreak of conflict in Libya, tourism arrivals fell 42 percent to 928,000 in April when compared with the same period in 2010. Tourism losses so far run more than $1.2 billion.

Ben Ali was tried in absentia and sentenced to 15 1/2 years in jail for possessing illegal drugs and weapons.

Ben Ali and his wife Leila Trabelsi were earlier sentenced to 35 years in prison for embezzlement and misuse of state funds. He fled to Saudi Arabia where he lives despite international calls for his extradition to face the charges.

Tunisia has also been deprived of remittances and other income from Libya, estimated at more than $1 billion and Ghiles cited professional estimates of material losses in Tunisia. The Jasmine Revolution unrest caused damage worth $2 billion to buildings and infrastructure. A further $600 million was added to Tunisia’s imports of oil and products and foodstuffs, both moving upward in international markets.

Also absent from the Tunisian economy are big-spending Libyans who earlier visited frequently to benefit from the country’s liberal atmosphere and night life.

A survey by Ernst and Young said many Tunisian businessmen are more worried about the fallout from Libya than from the current situation in Tunisia.

Foreign direct investment declined 24.1 percent to $420 million during the first four months of the year and industrial production fell 9.4 percent. Production in the mining sector dropped by 60 percent, due to continued strikes. Gross domestic product fell 3.3 percent during the first three months and isn’t expected to be more than 1 percent for 2011.

Tunisian politicians, Arab diplomats and European lobbyists have said the European Union did too little, too late in Tunisia.

Like Loading...
‹ US intel: No evidence of Viagra as weapon in Libya
Analysis of the Tea Party Movement ›