“Now, if it is deemed necessary that I should forfeit my life for the furtherance of the ends of justice, and mingle my blood further with the blood of millions in this slave country whose rights are disregarded by wicked, cruel, and unjust enactments, I say, let it be done.” 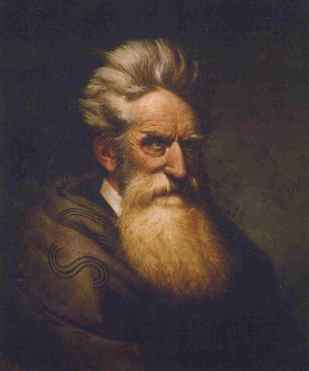 The Birth of a Hero

The name John Brown strikes a chord of awe in the hearts and minds of many a person. Born on May 9th in Torrington, Connecticut as the fourth son of abolitionist and founder of Oberlin College, he was brought into the world with a very clear understanding of morality and most importantly, the willpower to fight and to sacrifice in the name of justice. While many a man would provide mere lip-service against the horrid institution of slavery, he reportedly declared “These men are all talk. What we need is action—action!” A deeply religious man on a divine crusade to punish contemptible slave-owners, John Brown’s name went down in history as a martyr; a protector of the weak and liberator.

For twenty-four years, John Brown opened up various businesses and lived as a member of the bourgeois class, although with time his debts from failed business ventures began to pile up and he found himself drawn to the struggles of the powerless. After seeking to follow the system, he spent two years in a freedman’s community in North Elba, New York to realize the folly of his former misdeeds. From then on he cast his lot with the meek and oppressed and set out to Kansas to try and fight slavery. In response to the cruel vindictive nature of the institution, he realized that the only true way to fight oppression is with force. For the sake of redeeming the world around him he became radicalized; seeking nothing less than to overthrow the vicious institution of slavery. 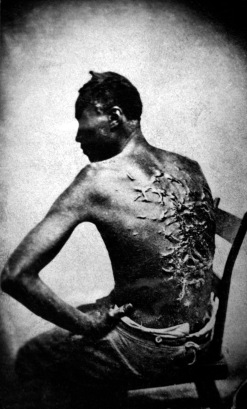 Slavery: A Glance at the Institution Itself

The institution of Slavery is an atrocious bloodstain upon the history of the American south and the world as a whole. Racist discrimination of the most horrid type; slavery allowed one human being to legally own another. In some parts of the South reportedly it was cheaper to work a slave to death and simply purchase a new one every year rather than perform even the most rudimentary forms of compassion. Overall, during the history of slavery it was more than acceptable to treat human beings not only as investments but as entirely disposable.

Although slavery as an institution is quite old, with the “discovery” of the Americas the cruelty entered a new stage. The Spanish Crown utilized slavery and forced labor upon the colonized native peoples and when in some of their cash crop islands the native inhabitants were driven to extinction, they began to import slaves from many areas in Coastal West Africa. Coastal West Africa, contrary to popular belief, was far from the primitive playground as it is described. Powerful kingdoms along the coast had profited tremendously from the salt and gold trades and when offered the chance to trade for more advanced firearm weaponry from the Portuguese, British, French, Dutch and other European powers, jumped at the situation. The Ashanti Confederacy and Dahomey were such nations, through which conquering neighboring kingdoms realized that they could quickly increase their power through selling captives and rivals as slaves in exchange for guns and alcohol. In addition to the mass exodus of slavery, the massive amounts of money involved created a huge power struggle in central Africa and a state of almost constant war. The institution caused millions of Africans to die in bondage and on slave ships, and the catastrophe severely damaged African society and had implications still seen today.

The End of an Enigma

Dedicated to the abolition of slavery and fearing for the safety of his family and other free settlers, John Brown struck preemptively against pro-slavery militias in Bleeding Kansas; executing pro-slavery settlers James, William, and Drury Doyle, Allen Wilkinson and William Sherman, through hacking them to death with broadswords. In Bleeding Kansas John Brown gained recognition in the North through his dedication to ending the institution of slavery with his devoted and forceful means. At the famous battle of Osawatomie, John Brown and thirty-eight of his comrades, outnumbered by more then seven to one, killed twenty of an attacking Missourian militia at the cost of a single casualty and five captured.

With twenty-one men, John Brown dove headfirst into the annals of history at Harper’s Ferry. With the goal of creating a huge slave insurrection to completely destroy the Southern economy, John Brown felt that the slaves would simultaneously rise up while the militias would put up little resistance if any. Ultimately after encountering heavy resistance from local militias, John Brown was pinned down in the fire engine house. Surrounded by an angry mob, John Brown fortified for a long siege. The next day Colonel Robert E. Lee besieged John Brown’s court.

On the Morning of December 2nd, John Brown was hanged at 11:15 and pronounced dead at 11:50. Before dying he wrote a cryptic message:

“I, John Brown, am now quite certain that the crimes of this guilty land will never be purged away but with blood. I had, as I now think, vainly flattered myself that without very much bloodshed it might be done.”

John Brown was a hated figure by many of those in power in his day, and is a particularly controversial figure when it comes to our society’s recollection of history. President Lincoln called John Brown a “misguided fanatic.” Historian David S. Reynolds hailed him as the man who “killed slavery, sparked the civil war, and seeded civil rights.” Historian Ken Chowder said John Brown was “at certain times, a great man,” but also “the father of American terrorism.”

Within the halls of power, North and South condemned Brown, but among those who fought in the fields against slavery and struggled against shackles and chains, Brown was not so controversial. In fact, “John Brown’s Song” became the Union’s marching song during the Civil War. Set to the tune of the “Battle Hymn of the Republic,” slavery in America was defeated by troops marching to these words:

Old John Brown’s body lies moldering in the grave,
While weep the sons of bondage whom he ventured all to save;
But tho he lost his life while struggling for the slave,
His soul is marching on.

John Brown was a hero, undaunted, true and brave,
And Kansas knows his valor when he fought her rights to save;
Now, tho the grass grows green above his grave,
His soul is marching on.

He captured Harper’s Ferry, with his nineteen men so few,
And frightened “Old Virginny” till she trembled thru and thru;
They hung him for a traitor, they themselves the traitor crew,
But his soul is marching on.

John Brown was John the Baptist of the Christ we are to see,
Christ who of the bondmen shall the Liberator be,
And soon thruout the Sunny South the slaves shall all be free,
For his soul is marching on.

The conflict that he heralded he looks from heaven to view,
On the army of the Union with its flag red, white and blue.
And heaven shall ring with anthems o’er the deed they mean to do,
For his soul is marching on.

Ye soldiers of Freedom, then strike, while strike ye may,
The death blow of oppression in a better time and way,
For the dawn of old John Brown has brightened into day,
And his soul is marching on

The divide in the opinion of Brown’s struggle is one broken upon class lines, and it is not because of the human toll of his struggle, but for the implications that any violent challenge to an institution of power has on those who control it. John Brown refused to bow down to power in order to achieve justice for the masses of the enslaved. He refused to play the “loyal opposition” while those in power continued to advance slavery, both by inaction and by actively advocating its spread. In essence, he became a threat not by his actions alone, but by what his actions symbolized: a violent resistance to power by the oppressed, challenging the fundamental power relations of society.

As John Brown himself said before his execution:

“It is unjust that I should suffer such a penalty. Had I interfered in the manner which I admit, and which I admit has been fairly proved (for I admire the truthfulness and candor of the greater portion of the witnesses who have testified in this case), — had I so interfered in behalf of the rich, the powerful, the intelligent, the so-called great, or in behalf of any of their friends – either father, mother, sister, wife, or children, or any of that class – and suffered and sacrificed what I have in this interference, it would have been all right; and every man in this court would have deemed it an act worthy of reward rather than punishment.”

While religion has often been used as a force or reaction by the bourgeoisie, as a member of the American bourgeois class in the late nineteenth century John Brown was quite the rare exception. While the majority of his class were more than content in living in openly vicarious opulence, John Brown more than fit the description of a class traitor. Dedicating his life and death admirably towards the cause of helping those doomed by the malevolent nature of his very own class, and for that he deserves both recognition and reverence.

In the end, what led to the downfall and failure of John Brown was his adventurist actions. Without thoroughly thinking and planning out what he was doing, John Brown instinctively charged headfirst into the fray. Although that is part of his appeal, failure to properly plan out your actions leads to failure in the long run, and as such John Brown can mainly be mentioned in succeeding in his overarching goal of increasing tensions between the North and the South.

Yet, while he may have failed in his overall goal of the armed overthrow of slavery through organizing slaves against slave masters, what he succeeded in doing was providing hope and solidarity with the masses of oppressed in the world. His words and his deeds are a searing hot rebuke to institutions of power that ensnare and exploit human beings.

In his lecture “Courage” delivered in Boston in 1859, Ralph Waldo Emerson said of John Brown:

“[John Brown is] that new saint, than whom none purer or more brave was ever led by love of men into conflict and death,–the new saint awaiting his martyrdom, and who, if he shall suffer, will make the gallows glorious like the cross.”

John Brown’s legacy lies with millions of people who have given their lives to struggle against human bondage, against crushing systems of stratification, against the gravest crimes of exploitation. From the first slave uprisings in the first slave societies to his own fight in Kansas, John Brown’s legacy lives on in every fight for the justice of the oppressed against their oppressors. John Brown is a worthy hero of American workers and workers all over the globe.

Like Loading...
‹ Labor unions set to join Wall Street protests
This Is Real: A Secret Government Panel Decides Who to Kill ›