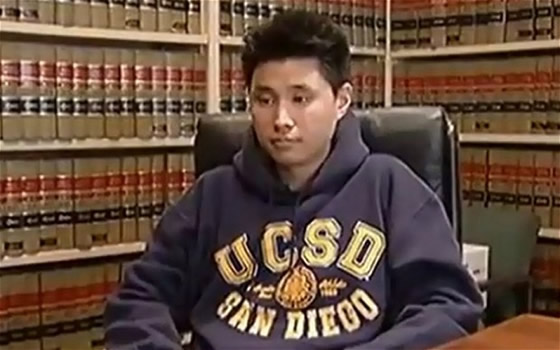 By JULIE WATSON and KEVIN FREKING

SAN DIEGO — The case of a detained college student who was forgotten in a holding cell for more than four days suggests a breakdown in procedure and oversight within the Drug Enforcement Administration, a California federal lawmaker said Thursday.

Republican Congressman Duncan Hunter said in a letter sent Thursday to DEA Administrator Michele Leonhart that the treatment of 23-year-old Daniel Chong raises concerns about the agency’s handling and monitoring of individuals in custody.

Chong was swept up in a drug raid on April 21. After questioning him, agents told him that he would not be charged and to hang tight in the holding cell until they finished the paperwork to release him. The door did not reopen until April 25 when agents found a severely dehydrated Chong covered in his own feces.

The incident was one of the worst cases of its kind, law enforcement experts say.

Hunter said he wants a full account of Chong’s incarceration, the process currently in place for holding individuals suspected of unlawful activity and the steps that the DEA is taking to address this matter in its entirety.

“The situation involving Chong may in fact be an isolated incident,” Hunter wrote. “Regardless, my concern is that this situation could also be a symptom of a bigger problem, with errors in procedure and oversight possibly extending to the division’s law enforcement function.”

Hunter said such oversight is especially important given the DEA’s presence in the U.S.-Mexico border region. He is asking for information on any other investigations pertaining to the San Diego division.

A federal law enforcement official familiar with DEA operations said the agency’s protocols require that cells be checked each night. The official, who spoke on condition of anonymity because he was not authorized to discuss the matter, said the cell where Chong was held is not intended for overnight stays because it does not have a toilet.

The top DEA agent in San Diego, William R. Sherman, said in a statement that he was “deeply troubled” by what happened to Chong and has personally ordered an extensive review of his office’s policies and procedures. Sherman also issued an apology to Chong, though the student said he was not personally contacted by Sherman.

Chong told The Associated Press in an interview that he screamed and kicked the door after waiting hours in the cell.

Then as the days dragged on, the terrifying realization set in that he was trapped. He had been forgotten in a 5-by-10-foot windowless room, hearing only the muffled sounds of voices and toilets flushing in the Drug Enforcement Administration facility in San Diego.

On the third day, he began to hallucinate. He urinated on a metal bench to be able to drink his urine. He stacked a blanket, his pants and shoes on the bench and tried to reach an overhead fire sprinkler, futilely swatting at it with his cuffed hands to set it off.

Then, the engineering student says he gave up and accepted death. He bit into his eyeglasses to break them. He says he used a shard of glass to carve “Sorry Mom” onto his arm so he could leave something for her.

He managed to finish an “S.” He says he considered ending his life with the glass to quicken his death.

“I pretty much lost my mind,” he told The Associated Press on Wednesday.

Help came after four days, when agents on a fluke opened the door and found him covered in his own feces. He says a bewildered agent asked: “Where’d you come from?”

Chong was treated in the hospital for dehydration, kidney failure, cramps and a perforated esophagus. He had lost 15 pounds.

His attorneys filed a $20 million claim on Wednesday against the federal agency, saying his treatment constitutes torture under U.S. and international law. The five-page notice, a required precursor to a lawsuit, was sent to the DEA’s chief counsel in Washington, D.C. The $20 million figure refers to the maximum amount that Chong and his lawyers would seek.

Chong told the AP his ordeal started after he went to his friend’s house on April 20 to get high, part of a national, annual countercultural ritual on that date. Chong slept there that night and, the next morning, agents stormed into the house. The raid netted 18,000 ecstasy pills, other drugs and weapons. Nine people, including Chong, were taken into custody, according to the DEA.