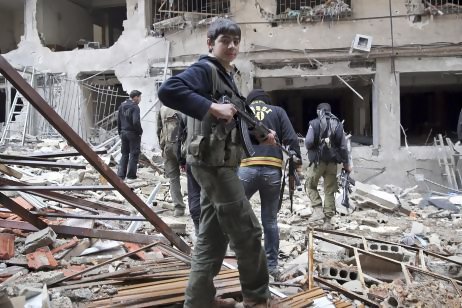 ‘Children Are the Best Soldiers I Know,’ Military Defector Insists

It’s one of those things you’re not supposed to brag about, but Syrian rebels are praising their ability to attract child soldiers and turn them into “killing machines” to use against the Assad government.

“Children are the best soldiers I know,” declared former Syrian Sgt. Abdel Razzaq, a defector who is now training child soldiers to “not be scared of war and not to hesitate when the time comes to kill.”

Razzaq’s “academy,” a former school in a rebel-held part of the Aleppo Province, insists that they do not force anyone into joining, and that they have no shortage of children eager to join up and learn to fight.

UNICEF seemed to back this in their own statements, saying that there was “no active recruitment of children” and that it was rather parents pushing their teenaged children to join the war. International law still prohibits anyone from using child soldiers.