Huge Drop in Workers at City-Sized US Embassy in Baghdad 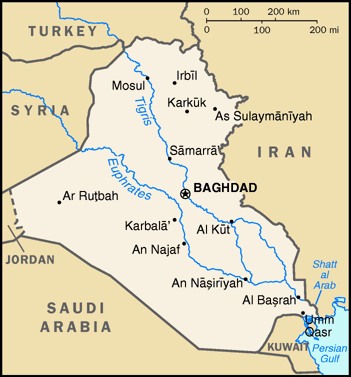 Cost-Cutting to See 10,000 Withdraw This Year

A Vatican-sized fortress along the Tigris River, the US Embassy to Iraq is the stuff of legends, a $730 million testament to the runaway overspending of the occupation era.

Ten years after the US invasion and four years after the embassy actually opened, the 16,000 personnel that were supposed to be deployed there more or less forever are shrinking fast, with 10,500 there now.

The number is going to drop a lot more, according to Ambassador Beecroft, who says that the goal is to get down to 5,500 employees by year’s end, and with cost-cutting at a premium the number will drop even more next year.

The ambition for the “post-war” era appears to have dramatically exceeded the reality, with the US State Department envisioning a huge private army still fighting the war for them and huge public works projects in the coming decades. The money just isn’t there, and neither is the appetite to put that sort of effort into Iraq after years of waste. Instead, the enormous embassy will be a mostly empty reminder of the disastrous adventure into Iraq.