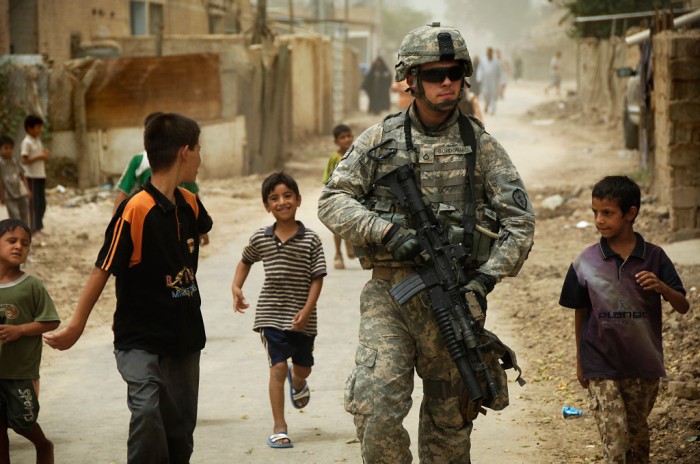 The current price tag is already at $2 trillion

The US war in Iraq has cost $1.7 trillion with an additional $490 billion in benefits owed to war veterans. But the cost could grow to more than $6 trillion over the next four decades when interest payments are included, according to study released on Thursday.

The study comes from the Costs of War Project by the Watson Institute for International Studies at Brown University. It not only estimates the staggering financial costs, but the human costs as well.

The low-end estimate for Iraqi civilians killed is about 134,000, although the Watson Institute says the war may have contributed to as many as four times that number.

The much-cited, peer-reviewed Lancet study found in 2006 that about 650,000 Iraqis, both civilians and fighters, had died from the war up until that point. Credible research estimates that more than 1 million Iraqis were killed, with 4.5 million displaced.

“Despite the US military withdrawal,” the report says, “Iraq’s health, infrastructure, and education systems remain war-devastated.”

“Meanwhile, the $212 billion reconstruction effort was largely a failure with most of that money spent on security or lost to waste and fraud,” Reuters reports.

Even from a crude US perspective, nothing of benefit has been gained from the war: it reinvigorated radical Islamist militants in the region and imposed another dictatorship on Iraqis that is now aligned with Iran instead of Washington.

After 9/11, the Bush administration deliberately fixed fraudulent intelligence around the already existing policy of regime change in Iraq. Every initial justification for the war has been conclusively falsified, further lending credence to the claim that the war itself was criminal under international law. Yet, no Bush administration officials are at even the slightest risk of being held accountable for it.