Israel strikes Gaza for the First Time since Truce 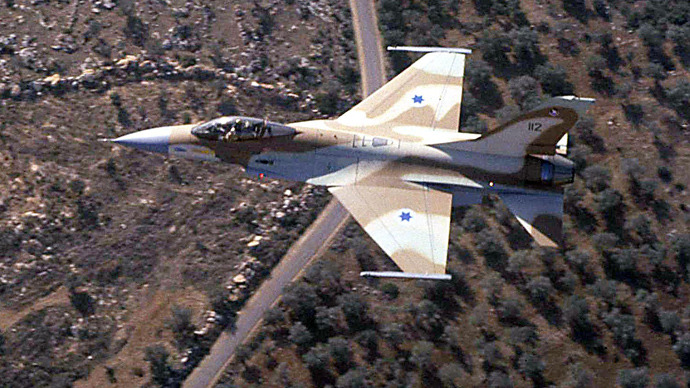 Israel’s Defense Minister Moshe Yaalon has said Tel Aviv will not tolerate any fire from Gaza on its territory. The statement comes after the first major exchange of fire since November.

Two rockets fired by Palestinians have gone off in an Israeli border town. Hours earlier, Tel Aviv fired rockets into Gaza, following a round of Palestinian rocket attacks.

“We will not allow shooting of any sort (even sporadic) towards our citizens and our forces,” Yaalon said.

No casualties or injuries happened in the exchange.

The initial fire from Gaza was reportedly in protest over a Palestinian prisoner’s death in an Israeli jail.

Maisara Abu Hamdiyeh, serving a life sentence since 2002 for attempted murder, membership in Hamas and weapons possession, was diagnosed with cancer of the esophagus two months ago. The inmate asked for early release, but the processing of his application took too long and he died before it was completed.

Tuesday’s escalation in violence was not the first since the November truce, which was mediated by Egypt after eight days of violence killed 170 Palestinians and six Israelis.

In December, Israeli soldiers killed four Palestinians who they described as rioters, despite Hamas’ claim that the four men were simple farmers near the border.

Meanwhile, in the latest spillover of the Syrian conflict Israeli tanks fired into Syria Tuesday after shots were fired at troops in the occupied Golan Heights region. A mortar shell landed in the Israeli-controlled section of Golan Heights earlier in the day, although it was unclear if the projectile was fired intentionally.

“Shots were fired at an IDF patrol on the border,” a spokeswoman told Reuters. “No injuries or damage was caused. In response, IDF forces returned precise fire at the source and reported a direct hit.”

She said it is also unknown if the mortar was fired by Syrian rebels or Assad’s forces. Israeli Defense Minister Moshe Ya’alon remained adamant that Israel would not interfere in the Syrian conflict but would respond to any violation of the nation’s security along the border.

Last week the United Nations Security Council warned that violence from the Syrian conflict could spillover across the Israeli border. That concern was related at least in part to the sporadic violence in the region. Two Syrian soldiers were wounded recently after IDF troops launched a missile into the area.