Gitmo is Killing Me 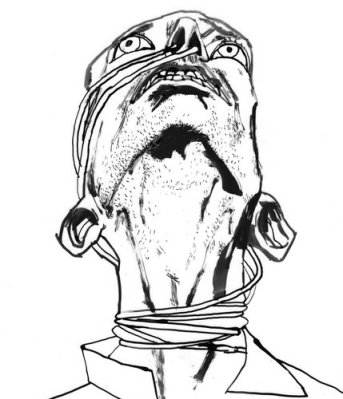 I’ve been on a hunger strike since Feb. 10 and have lost well over 30 pounds. I will not eat until they restore my dignity.

I’ve been detained at Guantánamo for 11 years and three months. I have never been charged with any crime. I have never received a trial.

I could have been home years ago — no one seriously thinks I am a threat — but still I am here. Years ago the military said I was a “guard” for Osama bin Laden, but this was nonsense, like something out of the American movies I used to watch. They don’t even seem to believe it anymore. But they don’t seem to care how long I sit here, either.

When I was at home in Yemen, in 2000, a childhood friend told me that in Afghanistan I could do better than the $50 a month I earned in a factory, and support my family. I’d never really traveled, and knew nothing about Afghanistan, but I gave it a try.

I was wrong to trust him. There was no work. I wanted to leave, but had no money to fly home. After the American invasion in 2001, I fled to Pakistan like everyone else. The Pakistanis arrested me when I asked to see someone from the Yemeni Embassy. I was then sent to Kandahar, and put on the first plane to Gitmo.

Last month, on March 15, I was sick in the prison hospital and refused to be fed. A team from the E.R.F. (Extreme Reaction Force), a squad of eight military police officers in riot gear, burst in. They tied my hands and feet to the bed. They forcibly inserted an IV into my hand. I spent 26 hours in this state, tied to the bed. During this time I was not permitted to go to the toilet. They inserted a catheter, which was painful, degrading and unnecessary. I was not even permitted to pray.

I will never forget the first time they passed the feeding tube up my nose. I can’t describe how painful it is to be force-fed this way. As it was thrust in, it made me feel like throwing up. I wanted to vomit, but I couldn’t. There was agony in my chest, throat and stomach. I had never experienced such pain before. I would not wish this cruel punishment upon anyone.

I am still being force-fed. Two times a day they tie me to a chair in my cell. My arms, legs and head are strapped down. I never know when they will come. Sometimes they come during the night, as late as 11 p.m., when I’m sleeping.

There are so many of us on hunger strike now that there aren’t enough qualified medical staff members to carry out the force-feedings; nothing is happening at regular intervals. They are feeding people around the clock just to keep up.

During one force-feeding the nurse pushed the tube about 18 inches into my stomach, hurting me more than usual, because she was doing things so hastily. I called the interpreter to ask the doctor if the procedure was being done correctly or not.

When they come to force me into the chair, if I refuse to be tied up, they call the E.R.F. team. So I have a choice. Either I can exercise my right to protest my detention, and be beaten up, or I can submit to painful force-feeding.

The only reason I am still here is that President Obama refuses to send any detainees back to Yemen. This makes no sense. I am a human being, not a passport, and I deserve to be treated like one.

I do not want to die here, but until President Obama and Yemen’s president do something, that is what I risk every day.

Where is my government? I will submit to any “security measures” they want in order to go home, even though they are totally unnecessary.

I will agree to whatever it takes in order to be free. I am now 35. All I want is to see my family again and to start a family of my own.

The situation is desperate now. All of the detainees here are suffering deeply. At least 40 people here are on a hunger strike. People are fainting with exhaustion every day. I have vomited blood.

And there is no end in sight to our imprisonment. Denying ourselves food and risking death every day is the choice we have made.

I just hope that because of the pain we are suffering, the eyes of the world will once again look to Guantánamo before it is too late.