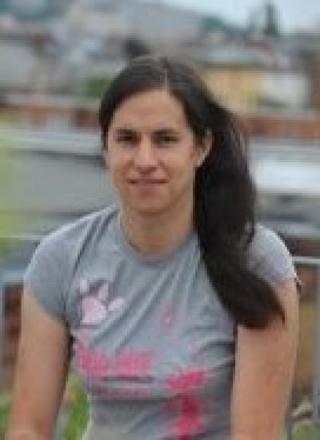 New figures claim 78 trans people have already been killed in 13 countries this year and 1,233 in 59 countries since January 2008

The new figures were collected as part of the Trans Murder Monitoring project by Transgender Europe (TGEU) and published on International Day Against Homophobia and Transphobia (IDAHO).

TGEU says the murders are often particularly violent, including mutilation and torture.

These are only preliminary results and the numbers are likely to grow over the course of the year.

The cases were found through internet research and the cooperation of trans organizations and activists.

It is likely they reflect only a portion of the total number of murders worldwide.

The highest absolute numbers of trans murders were found in countries with strong trans communities and trans or LGBT organizations that carried out professional monitoring – indicating the global problem is far greater.

The Transgender Europe said: ‘While often the actual circumstances of the killings remain obscure due to lacking investigation and reports, many of the cases documented involve an extreme extent of aggression, including torture and mutilation.

‘Many cases are not investigated properly by the authorities.

‘In most countries, data on murdered trans people are not systematically produced and it is impossible to estimate the numbers of unreported cases.

‘The alarming figures demonstrate once more that there is an urgent need to react to the violence against trans people and to seek mechanisms to protect trans people.’

The Trans Murder Monitoring project was initiated in April 2009 to collect, monitor and analyze reports of homicides of trans people worldwide.

TGEU has members in 36 countries working for equality and inclusion of all trans people. 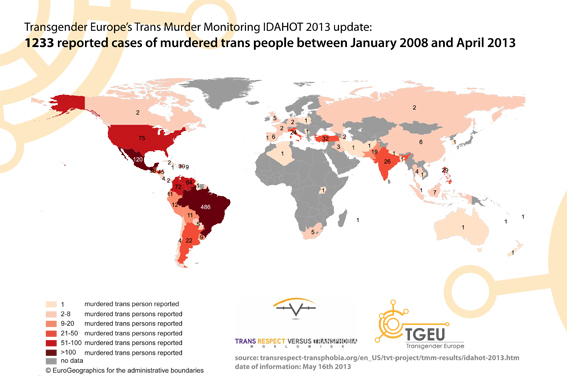