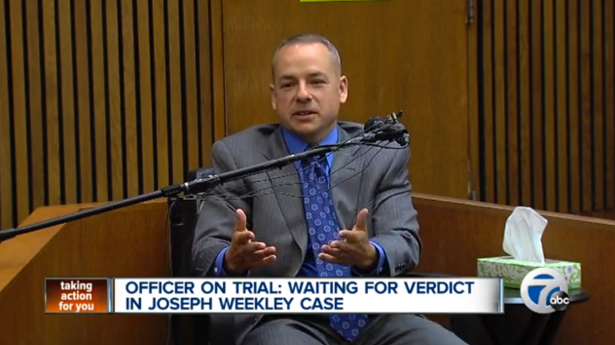 Detroit police officer Joseph Weekley was spared a felony conviction on Tuesday over the killing of a 7-year-old girl after a jury deadlocked and a mistrial was declared, according to Detroit Free Press.

Weekley shot and killed Aiyana Stanley-Jones on the night of May 16, 2010, as officers executed a search warrant on the duplex her family lived in. The officers entered Stanley-Jones’s home searching for a murder suspect who was later found in the adjacent unit, throwing a flashbang grenade into the room where the girl was sleeping with her grandmother, then shooting her in the head seconds later.

The series of events was partially caught on tape by a camera crew following the officers that night. A&E producer Allison Howard, one of two people who filmed the raid for the show “The First 48,” eventually released that footage of her own accord and now faces charges of perjury and obstruction of justice. Footage shot from outside the house shows officers lobbing a flashbang grenade into the living room. Seconds later a gunshot rings out. 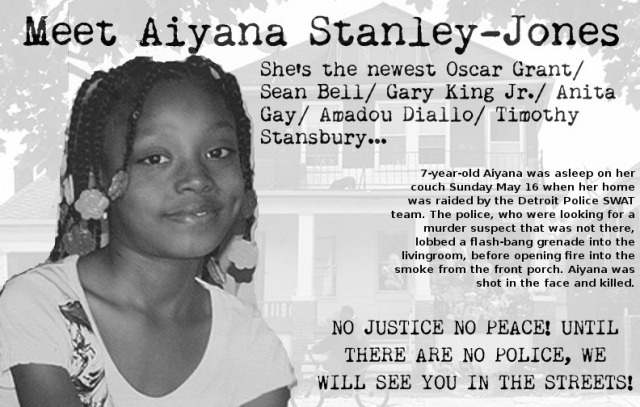 Lawyers for the prosecution cited the footage to claim that Weekley shot the girl from outside, before even walking in to the building. Weekley’s defense insisted it was just a tragic accident and that the girl’s grandmother had attempted to hit the officer’s gun.

Weekley was subsequently charged with felony involuntary manslaughter and careless discharge of a firearm resulting in death, carrying with them the potential for 15+ years in prison. However, both charges failed to stick on Tuesday afternoon, after three straight days of jury deliberations failed to produce a conviction.

Although Weekley walked free this week, his ordeal is not over. The judge has set another pretrial conference for July 25, and prosecutors will get a second chance to convince a slate of 12 citizens that Weekley committed felony manslaughter instead of misdemeanor-level negligence.

Like Loading...
‹ Group That Had Aimed To “Change” Gays To Shut Down, Leader Also Offered Apology
Video: FSA Commander – We will not fight Israel if they attack Syria ›