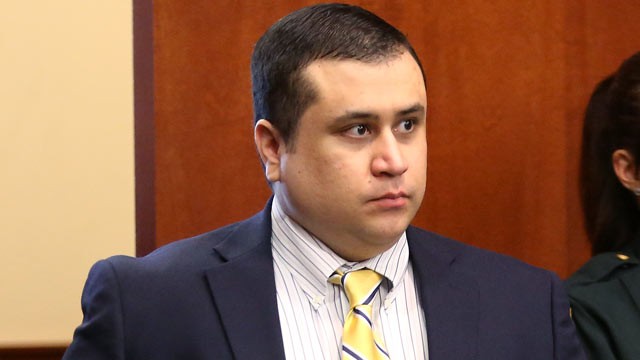 AFRICANGLOBE – The neighbourhood watch vigilante accused of murdering an unarmed Black teenager complained frequently to authorities about Black people in his neighbourhood, it emerged.

George Zimmerman, who is on trial for the murder of Trayvon Martin, called police in Florida 46 times in recent years to report break-ins, broken windows and disturbances, records showed.

Prosecutors argued in court on Tuesday that the jury should be played several calls in which Mr Zimmerman complained of “suspicious” Black people around his gated community in Sanford.

Then 28, he used the same term in a call to police on February 26 last year to describe Trayvon, who was walking back from a supermarket to a house he was visiting, before shooting him dead.

Richard Mantel, a state prosecutor, told Judge Debra Nelson the calls would show Zimmerman had a record of “profiling” and had a “building level of frustration” about crime in his area.

In one call Mr Zimmerman made to police earlier in February 2012, he reported seeing a Black man going through a neighbour’s bins. “I know the resident. He’s caucasian,” he told the dispatcher.

Mark O’Mara, one of Mr Zimmerman’s lawyers, said that the calls merely proved that Mr Zimmerman was an active member of his community. He dismissed the argument that they disclosed his “state of mind”, saying that prosecutors planned to use the recordings to tarnish the defendant’s character.

“They’re going to ask the jury to make a leap from a good, responsible, citizen’s behaviour to seething behaviour,” Mr O’Mara said of the prosecution’s depiction of George Zimmerman’s actions.

Judge Nelson was expected to rule on Wednesday on whether the calls could be used in the trial.

The co-ordinator of Sanford Police Department’s neighbourhood watch programme yesterday told the jury that watch captains such as Mr Zimmerman were told not to “engage” with suspicious people.

“They are the eyes and ears of law enforcement,” said Wendy Dorival, the police manager. “They’re not supposed to take matters into their own hands.” A close friend of Trayvon, who was speaking to him on the telephone when the confrontation with Mr Zimmerman occurred, testified to the court later on Tuesday.

The friend, identified in court only as Rachel, has been billed as a “star witness” for the prosecution. “Rachel testified that she heard Trayvon Martin ask ‘what are you following me for’, then Travyon’s phone went dead. Then Trayvon went dead,” prosecutors told the court during their opening statements.

George Zimmerman, 29, claims that he killed Trayvon Martin in self-defence after being attacked. He has pleaded not guilty to second-degree murder and could be sentenced to life in prison if convicted. The trial, which is expected to last up to three weeks, continues.