Home › International › Afghanistan › ‘I watch him bleed out:’ Drone operator who helped kill 1,626 targets reveals trauma of watching them die on a computer screen

‘I watch him bleed out:’ Drone operator who helped kill 1,626 targets reveals trauma of watching them die on a computer screen

Difficult job: Brandon Bryant, 27, served as a drone operator from 2006 to 2011 at bases in Nevada, New Mexico and Iraq

A former drone operator who helped kill 1,626 targets says he’s haunted by the carnage he witnessed from behind his computer screen.

Brandon Bryant, 27, served as a drone operator from 2006 to 2011 at bases in Nevada, New Mexico and Iraq. It was a desk job of sorts, but unlike any other, it involved ordering unmanned aircraft to kill faraway targets while he watched.

In an interview with NBC News‘ foreign correspondent Richard Engel, Bryant recalled one operation where his team fired two missiles from a drone at three men in Afghanistan.

‘The guy that was running forward, he’s missing his right leg,’ he said, recalling what he saw of the scene through the thermal images on his screen. ‘And I watch this guy bleed out and, I mean, the blood is hot.’

He recalled watching the mens’ bodies grow cold, as slowly the red color detecting the heat of their bodies grew smaller.

‘I can see every little pixel if I just close my eyes,’ he said.

Bryant is suffering from post-traumatic stress disorder after his five years as a drone operator. He said he sought help for the emotions he was experiencing on his job but ‘one of the weird things about the whole drone community is you don’t talk about anything that you’ve done. You just don’t,’ he told NPR.

Bryant recalled to NBC when an Air Force recruiter told him that as a drone operator, ‘he would be like the smart guys in the control room in a James Bond movie.’

But that wasn’t the case.

He said he began feeling paranoid that he was killing innocent people, not Taliban insurgents. And he felt that it wasn’t his place to question the people giving him orders to launch the missile attacks. 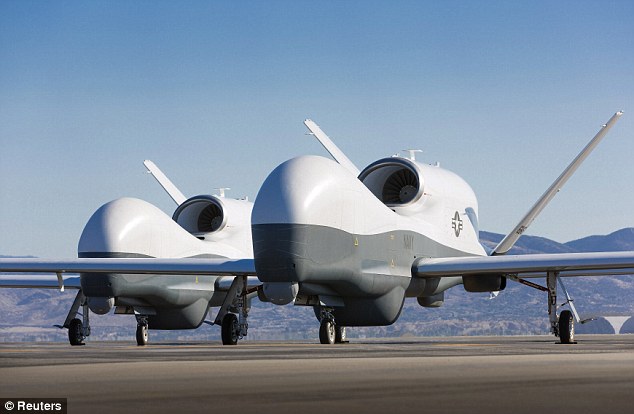 According to reports by NBC and McClatchy newspapers, Bryant’s paranoia may not be unfounded.

NBC reported Thursday that the CIA does not know the identity of a quarter of those killed in drone strikes in Pakistan.

McClatchy‘s Jonathan S. Landay has also reported that at least 265 of up to 482 people who were killed by drones during a 12-month period ending September 2011 were not senior al Qaida leaders but instead were ‘assessed’ as unknown extremists.

The reports add to growing scrutiny of President Obama’s increased reliance on unmanned aircraft. The Air Force now has roughly 1,300 drone operators, which is four times what it had in 2008.

As the drone program grows, researchers are beginning to delve into the psychological effects of remotely-controlled warfare.

A  recent study by Defense Department researchers found that the prevalence of depression, anxiety and post-traumatic stress disorder among drone operators is equal to that of deployed pilots.

‘Remotely piloted aircraft pilots may stare at the same piece of ground for days,’ Jean Lin Otto, co-author of the study, told the New York Times. ‘They witness the carnage. Manned aircraft pilots don’t do that. They get out of there as soon as possible.’

Based on his commander’s count, Bryant helped kill 1,626 people during his time as a drone operator.

He is now retired from the Air Force and has returned to his home in Montana, where he is haunted by that number and the images of carnage that he saw.

‘I don’t feel like I can really interact with that average, everyday person,’ he told NBC. ‘I get too frustrated, because A, they don’t realize what’s going on over there. And B, they don’t care.’

Like Loading...
‹ Statement by PCR Brazil on events in that country
New mayor of Miss. capital rejects gentrification ›