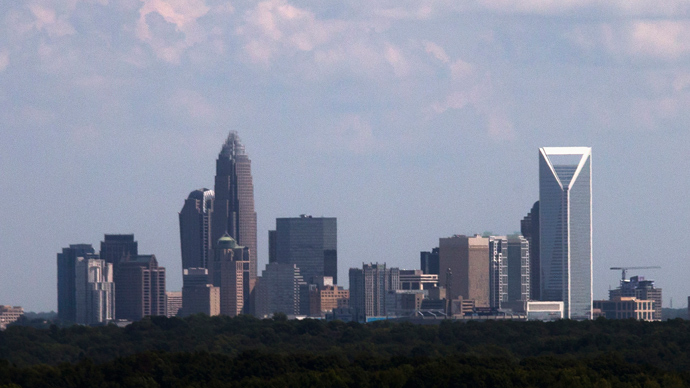 After a ten-year deliberation process, North Carolina is set to be the first state to offer monetary compensation to victims of government-sponsored sterilization.

Between 1929 and 1974, the state sterilized an estimated 7,600 people by choice, force or coercion under the authority of the North Carolina Eugenics Board program.

The North Carolina General Assembly in late July approved compensation for the remaining victims of the sterilization program. State Governor Pat McCrory signed into law the $10 million compensation package — to be distributed among living victims — as part of the state’s $20.6 billion budget shortly after the General Assembly’s vote. Verified victims will be issued a share by 2015.

The number of victims alive in 2013 is unknown. However, the state Center for Health Statistics estimates that 2,944 victims may be living as of 2010. Less than 200 people have come forward with sterilization claims, Charmaine Fuller-Cooper, former director of the North Carolina Justice for Sterilization Victims Foundation, told CNN.

The N.C. Eugenics Board’s program started in 1933 after a 1929 sterilization law was ruled unconstitutional by the state supreme court. The 1929 law stated that “the governing body or responsible head of any penal or charitable institution supported wholly or in part by the State of North Carolina, or any sub-division thereof, is hereby authorized and directed to have the necessary operation for asexualization or sterilization performed upon any mentally defective or feeble-minded inmate of patient thereof.”

The law struck down on grounds that it did not provide adequate notice and a hearing to a person deemed in need of sterilization, nor did it allow that person the right to appeal the decision in court. A 1933 law included these missing provisions.

Under North Carolina’s law, ultimately anyone could request that someone be sterilized, though a diagnosis of either “feebleminded, epilepsy, or mentally diseased” had to be verified by “a psychologist, a physician who has made a specific examination to determine epilepsy, or a psychiatrist,” source documents state of the petition procedure. Petitions would then be assessed by the state’s eugenics board.

In the 1940s, the state Department of Public Welfare started to promote more sterilizations to help address “solutions to poverty and illegitimacy,” the sterilization victims foundation’s site reports.

Public pamphlets were issued in the state to increase awareness and support for the program. A pamphlet released in 1950 “extolling the benefit of selective sterilization in North Carolina,” begins by stating, “North Carolina’s Selective Sterilization Law: Protects … its mentally handicapped men and women, the children of future generations and the community at large. It saves … thousands of taxpayer dollars, needless human tragedy, wasted lives.” 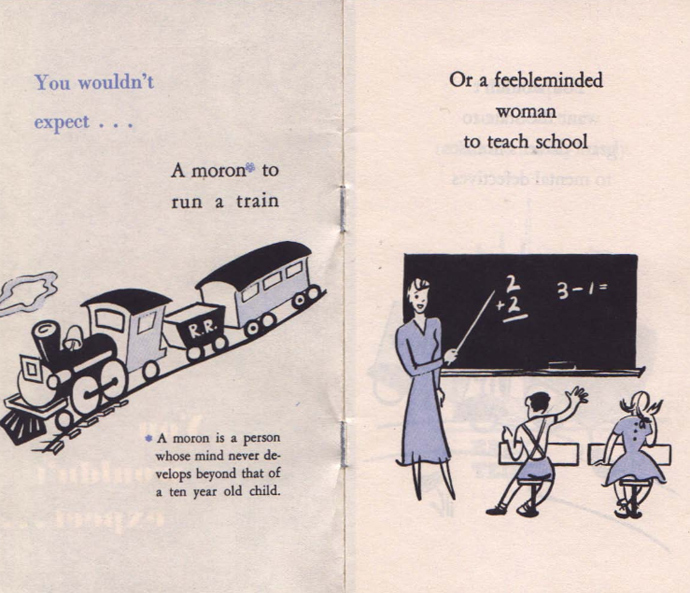 Throughout the 20th century up to the 1970s, an estimated 60,000-plus Americans were forcibly sterilized. Of the 33 states with sterilization programs, California’s was the largest, affecting 20,000 people.

In 1927, the US Supreme Court effectively approved of eugenics programs in the case, Buck v. Bell. In his written opinion for the case, Justice Oliver Wendell Holmes wrote:

“We have seen more than once that the public welfare may call upon the best citizens for their lives. It would be strange if it could not call upon those who already sap the strength of the State for these lesser sacrifices, often not felt to be such by those concerned, to prevent our being swamped with incompetence. It is better for all the world, if instead of waiting to execute degenerate offspring for crime, or to let them starve for their imbecility, society can prevent those who are manifestly unfit from continuing their kind. The principle that sustains compulsory vaccination is broad enough to cover cutting the Fallopian tubes.”

Despite the Supreme Court’s justification for eugenics, North Carolina doctors still had trepidations about the legality of sterilization in the 1950s, according to source documents released by the state. In the decade from June 1950 to June 1960, about 3,000 of the total 7,600 victims were sterilized.

In a 1950 document reprinted from the North Carolina Medical Journal titled, “The Legality of Human Sterilization in North Carolina,” the author addressed the fears of illegality and outlines the process that led to an individual’s procedure.

“A petition is presented to the Eugenics Board of North Carolina.… Proceedings shall be begun when the head of an institution or a county superintendent believes that sterilization of a mentally dis­eased, feeble-minded or epileptic person is ‘for the best interest of the mental, moral, or physical improvement of the patient,’ or ‘for the public good,’ or is needed to pre­vent the probable procreation ‘of a child or children who would have a tendency to se­rious physical, mental or nervous disease or deficiency.’ The next of kin or legal guar­dian may also make a written request for sterilization of such a patient. If the Eugenics Board is satisfied that one or more of the above named reasons ex­ists, it may order ‘an operation of asexuali­zation or sterilization.’ Notice of this order must be delivered ‘by registered mail, return receipt demanded, to all parties in the case, including the legal guardian, the solicitor and the next of kin of the inmate, patient or in­dividual resident.”

The patient or someone on her behalf had 15 days from a sterilization order to appeal the decision, the document states.

As for legal protection for doctors, the document outlines that “‘neither the said petitioner nor any other person legally participating in the execution of the provisions of this ar­ticle shall be liable, either civilly or criminally, on account of such participation, except in case of negligence in the performance of said operation.’”

The North Carolina Justice for Sterilization Victims Foundation began upon approval of then-governor Beverly Perdue in 2010. The organization is the “primary point of contact for victims, potential victims and the general public who are seeking guidance about North Carolina’s former sterilization laws and program.”