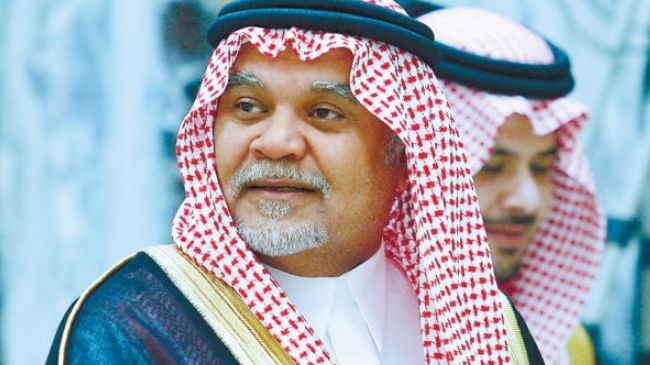 Syrians in the Damascus suburb of Ghouta say Saudi Arabia provided chemical weapons for an al-Qaeda linked terrorist group which they blame for the August 21 chemical attack in the region, a Mint Press News report says.

The report quoted the father of a militant as saying that his son and 12 others were killed inside a tunnel used to store weapons supplied by a Saudi militant leader, known as Abu Ayesha.

The man described the weapons as having a “tube-like structure” while others were like a “huge gas bottle.”

Anti-government forces, interviewed in the article, complained they were not informed of the nature of the weapons they had been given, nor did they receive instructions how to use them.

“When Saudi Prince Bandar gives such weapons to people, he must give them to those who know how to handle and use them,” said one militant.

Another militant accused the Takfiri militants of the al-Qaeda-linked al-Nusra Front of refusing to cooperate with other insurgents or sharing secret information. “They merely used some ordinary rebels to carry and operate this material,” he said.

“We were very curious about these arms. And unfortunately, some of the fighters handled the weapons improperly and set off the explosions,” he added.

The authors noted that the doctors who treated the chemical weapons attack victims cautioned interviewers against asking questions regarding who exactly was responsible for the deadly assault.

Also more than a dozen militants interviewed said their salaries came from the Saudi government. They reportedly said Prince Bandar is referred to as “al-Habib” (the lover) by al-Qaeda militants fighting in Syria.

According to Independent, it was Prince Bandar’s intelligence agency that first accused the Syrian government in February of using sarin gas in a bid to rally support for Riyadh’s efforts to topple Syrian President Bashar al-Assad.

And The Wall Street Journal has reported that the Saudi spy chief is considered by the CIA as “a veteran of the diplomatic intrigues of Washington and the Arab world [who] could deliver what the CIA couldn’t: planeloads of money and arms, and…wasta, Arabic for under-the-table clout.”