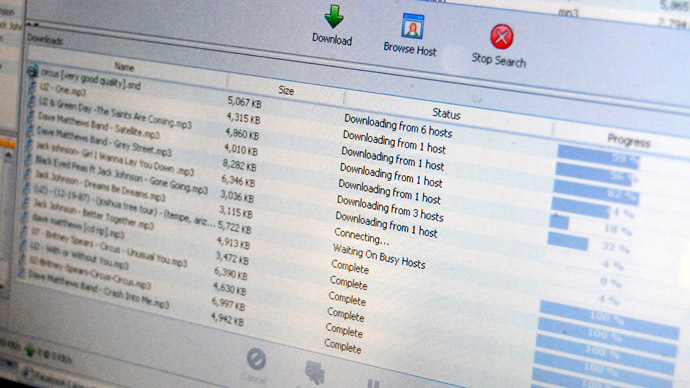 A picture shows the screen of a computer showing a web site of downloading contents. (AFP Photo/Caroline Ventezou)

Online piracy is not the scourge of the media industry, as proponents of a crackdown on copyright infringement claim, says a new study. Creative business is doing well, with those embracing the new realities of digital sharing even flourishing.

The study by the London School of Economics says that claims by industry lobbyists of damage from piracy are largely exaggerated. Meanwhile, policies aimed at curbing illegal file sharing that that the likes of the British Phonographic Industry (BPI) and the British Video Association are neither efficient nor help the entertainment industry to boost its bottom line.

The policy report suggests that attempts to stop digital sharing and close sites like The Pirate Bay are going against the natural development of creative communities and advise to review UK’s attitude to copyright.

“Neither the creative industry nor governments can put a stop to cultural change that is global and in many cases welcomed, including by other segments of industry,” said LSE’s Professor Robin Mansell, co-author of the report.

“There is a need to foster recognition and economic reward for creators and there is a need for copyright legislation to underpin economic growth,” Mansell added. “But such legislation needs to be consistent with 21st-century values and practices.”

Even the champions of the copyright crusade like music records and film producers don’t suffer as much as they claimed, the study showed. Overall the music industry revenue in 2011 was $60 billion, while in 2012 in showed growth for the first time since 1999. About a third of the money that year came from digital channels.

“Contrary to the industry claims, the music industry is not in terminal decline but still holding ground and showing healthy profits,” said study co-author Bart Cammaerts, senior lecturer in the LSE Department of Media and Communications. “Revenues from digital sales, subscription services, streaming and live performances compensate for the decline in revenues from the sale of CDs or records.”

Filmmakers have even less to complain about. The decline in sales and rentals of DVDs was more than compensated by digital distribution. 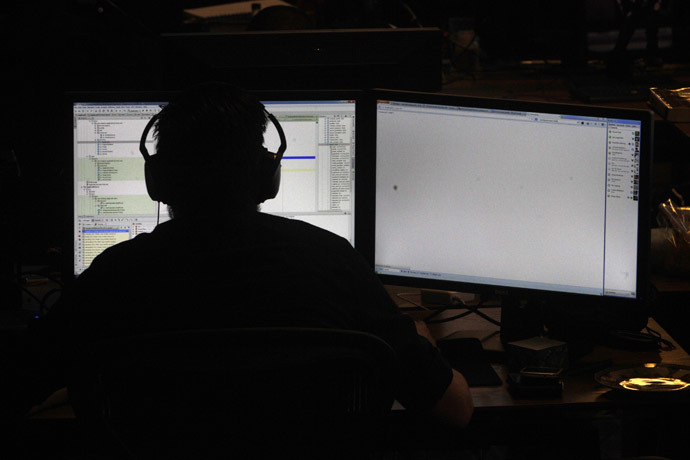 “Despite the Motion Picture Association of America’s claim that online piracy is devastating the movie industry, Hollywood achieved record-breaking global box office revenues of $35 billion US in 2012, a 6 percent increase over 2011,” the report says.

Book publishers see the loss of print sales, but enjoy the rise in e-book sales.

“The rate of growth is not declining despite reports lamenting the ‘end of the book’,” the report says. In 2013, the global book publishing industry was worth $102 billion, more than any of the other entertainment industries.

And the gaming industry is working “working with the online participatory culture, rather than against it,”and was quite successful in finding new income streams. It is projected to grow at 6.5 percent and reach total revenues of US$87 billion in 2017, up from $63 billion in 2012, the report says.

The notion of exclusive ownership, which copyright proponents are defending, is outdated and not universally needed by the creators, authors argue.

“Insisting that people will only produce creative works when they can claim exclusive ownership rights ignores the spread of practices that depend on sharing and co-creation and easy access to creative works; this insistence privileges copyright owners over these creators,” the report notes.

It cites the popularity of phenomena like the Creative Commons licenses, which are used by many artists to share their works with the public, and the trend by musicians to release their songs for free downloading.

The report advises against the implementation of UK’s Digital Economy Act, which is to come into force in 2015. The legislation would target websites involved in copyright infringement and individual pirates. A similar approach in France was criticized as waste of money, while no evidence was found that it helped generate revenues for copyright owners, the authors note.

“Evidence-based legislation on copyright enforcement is needed that independently assesses the claims of the dominant creative industry firms and the impacts on users in the light of today’s digital culture,” the report concludes.

Like Loading...
‹ An Obituary for General Vo Nguyen Giap (1911-2013)
Editorial: Greece On The Verge? Military Special Forces Have 15 Demands… Or Else ›