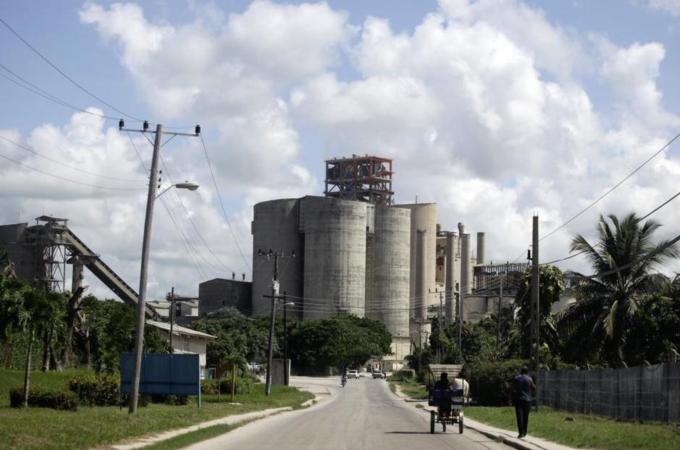 Rules for the first development of its kind on the communist island take effect in November, but critics are worried.

Communist Cuba is the latest country to plan a “Special Economic Zone”, part of an economic model blasted by critics for creating a “race to the bottom” on wages and corporate taxes.

Raul Castro, Cuba’s president, signed law 313 in September creating a special development zone in the port of Mariel, 45km west of the capital, Havana, where foreign companies will be able to transfer their profits abroad without paying the usual taxes or tariffs.

Laws governing the project come into effect in November although it’s unclear exactly when the facility will be operational.

“I understand in Maribel bay there is going to be a tax holiday for 10 years,” Clive Vokes, director of Market Scoping International, a niche advisory firm specialising in foreign direct investment, told Al Jazeera. “I think the announcement is consistent with a trend that has been gathering momentum for the last 20 years.”

One-hundred percent foreign ownership will be allowed for firms operating in the zone, and contracts will be extended to 50 years, up from the current 25. The body will be governed by a special office in the Cuban government and foreign operators will also be exempt from “tax on the use of the labour force”, property tax and local sales tax, according to a legal brief for prospective investors prepared by Jesus Bu Marcheco at the University of Havana.

An adviser to countries and companies considering these sorts of zones, Vokes warned: “There are more failures than successes, probably because people enter into it thinking it would be an [automatic] blueprint for economic growth.”

Backed by Brazilian capital, the $900m development is set to accommodate up to 1 million containers annually. The zone, covering more than 465 square kilometres, is set to be managed by Singapore-based firm PSA.

“What the zone is intended for is to create a special climate where foreign capital is going to have better conditions than in the rest of the country,” Cuba’s foreign trade and investment minister, Rodrigo Malmierca, said during a visit to Beijing, China’s capital, in September.

Supporters hope firms will ship raw materials into the zone, use Cuban workers to assemble them, and then export finished products to other markets. Fanavid SA, a Brazilian glass company, plans to open a manufacturing facility in the complex to supply markets in the Caribbean and South America.

A single-party state, Cuba has attempted to liberalise its economy since the collapse of the Soviet Union in 1991 sent its financial system into a tail spin. Growth on the island has lagged behind neighbouring countries, although reasonably strong public education institutions mean it has a domestic biotech and medical industry, unlike some of its competitors.

Remittances and tourism now make up the bulk of Cuba’s foreign currency earnings, with more than 2.7 million travelers visiting the island in 2011, but the government is looking to diversify without relinquishing political control.

“Part of the point of a special economic zone has always been that it is outside the main economic system of the country,” Professor Rhys Jenkins, an expert on transnational corporations in Latin America, told Al Jazeera. “I don’t think there is anything unusual about communist regimes adopting market mechanisms.”

The average Cuban worker earns about $20 per month, although basic food items, housing and education are heavily subsidied or provided for free by the state. Companies wanting to operate in the zone are expected to pay salaries directly to the Cuban government, rather than to workers themselves, as is the norm for international ventures such as hotels and mines.

Some analysts have suggested that backers of the complex believe the long-running US embargo on Cuban products will end soon; otherwise the export capacity of such a project would be limited.

Cuba’s neighbours, including Jamaica, Haiti and the Dominican Republic, have experimented with similar zones with various degrees of success. But unlike Cuba, these competitors have easy access to the US, the world’s most lucrative consumer market.

“Cuba doesn’t have an obvious geographic market,” Jenkins said. “Where will they export to? Or is this just a way of getting more investment into the country for the domestic market?”

To some, it’s surprising that Cuba would adopt a development model so closely associated with neoliberalism and corporate control.

“Rather than supporting long-term structural improvements for working people, trade liberalisation promotes less secure jobs and a ‘race to the bottom’ where companies move from country to country,” War on Want, a UK-based development organisation, noted in a report.

Despite political critiques from some on the left of these zones in general – de-territorialised spaces where highly mobile capital can exploit cheap labour confined to the nation state – analysts say there is a broader issue at play.

In the last 30 years, as oil-fuelled globalisation allowed companies to move production away from areas with strong unions and environmental rules, between 3,000-3,500 of these zones have sprung up across the planet, according to calculations from Market Scoping International, employing more than 60 million people.

“Sometimes there is a risk in these zones of being islands onto themselves; but the most successful zones are the ones with the potential for spillover benefits, particularly creating supply opportunities for national companies where there is a transfer of knowhow,” Vokes, the trade consultant, said. “It isn’t just about export generation, but it’s the ability of zones to act as catalysts for the wider development process.

“It’s impossible to look at China’s development over the last 20-30 years without looking at the role of some of these major zones, but there is no magic bullet,” he said, adding that tax incentives alone won’t make a zone productive.

The free zones in China, South Korea, and Dubai – where foreign workers can earn tax-free salaries developing software – have been quite successful. Others haven’t been so lucky.

“A number of African countries have tried these – Kenya for example – and it had a limited impact. They haven’t been able to attract much investment,” Jenkins said. “With the information I have at present, I wouldn’t put my money into this zone.”