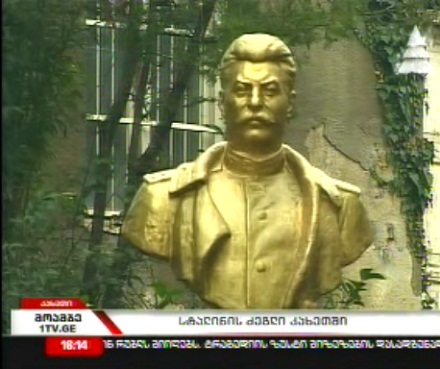 TBILISI, DFWatch–Georgia is planning to fine the use of communist symbols with 1 000 lari (USD 600).

The use of communist symbols was prohibited by the previous government, but it failed to define the sanctions that apply, and the law has remained inactive.

Now, the new governing coalition is preparind to amend the administrative violations code and the Freedom Charter to enforce the ban.

The draft was prepared by members of parliament Tamar Kordzaia and Levan Berdzenishvili.

The Freedom Charter foresees to set up a special commission at the Interior Ministry and one of its main functions will be to gather data of people who cooperated with the special services during the Soviet Union.

Another of the commission’s functions will be to gather information about buildings, sculptures, basreliefs, inscriptions, streets, squares, names of villages and boroughs, as well as names of public squares which may contain elements of communist ideology and propaganda, or names of leaders of these ideologies.

According to the draft, there will be added a new regulation to the Freedom Charter which instructs government bodies to remove such symbols or names.

If the body doesn’t comply, the Administrative Violations Code defines the punishment in the first instance as a warning, and the second instance a fined of USD 600.

According to the draft, the commission will be set up two months after the amendments have come into force.