Home › U.S. News › Anti-War › My Lai and the Black Blouse Girl: The Forgotten Story of Sexual Assault Behind the Famous Vietnam War Photo

My Lai and the Black Blouse Girl: The Forgotten Story of Sexual Assault Behind the Famous Vietnam War Photo 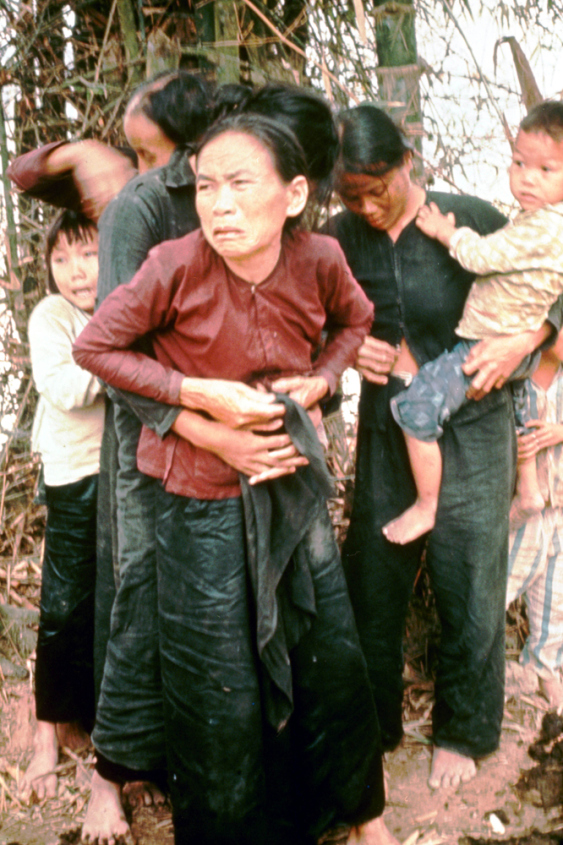 While the My Lai Massacre is widely recognized as a military atrocity and an act of mass murder committed on civilians and non-combatants, true appreciation of the event as an act of mass rape and sexual abuse has never clearly materialized in the American consciousness, in spite of public data and testimony shortly after the massacre happened. Media presentation of the photograph of the Black Blouse Girl mirrors this amnesia. By reading the image closely, you can see that the teenager in the right background is buttoning up her blouse. It’s a curious action. Why would she be preoccupied with a button while the other people in the photograph were terrified of being killed? Why was the button undone to begin with?

What happened to the Black Blouse Girl was not the only incident of sexual violence that happened at My Lai. In their historical overview of the massacre, James Olson and Randy Roberts compile information about sexual violence from the Peers Inquiry to produce a list of 20 acts of rape based on eyewitness testimony. The victims documented on this list ranged from age 10-45. Of these women and girls, nine were under the age of eighteen. Many of these assaults were gang rapes and many involved sexual torture. This list does not even include attempted rapes, such as the assault of the girl in the black blouse, and given that most witnesses were killed during the massacre, we may only guess at how many other women and girls experienced sexual violence in the final minutes before their deaths. [….] So we ask again: what are we to make of the informational erasure surrounding this iconic artifact of US history, one that indicates sexual violence in the plain light of day? And why is it that most Americans readily recognize the “Napalm Girl” but not the “Black Blouse Girl?”

Read here for the Full Article