Indonesia and Suharto: how imperialism secures neo-colonies in blood

In his book “The Polical Economy of Growth”, Paul Baran reminds us that from the standpoint of the bourgeoisie, feudalism provided wastefulness because of its socioeconomic organization and parasitic functionaries and institutions, while from the standpoint of the feudalist, essential, productive and rational is all that is compatible with and conducive to the continuity and stability of the feudal system. However, as Marx remarked, “the modern bourgeois society that has sprouted from the ruins of feudal society has not done away with class antagonisms. It has but established new classes, new conditions of oppression, new forms of struggle in place of the old ones.”

Today, for the bourgeois narrative of society, by elevating the dictum of the market as the pinnacle of efficiency and rationality, non-essential consumption is justified as providing incentives, unproductive labor is glorified as indirectly contributing to production, depressions and unemployment are whitewashed as the cost of progress and waste as a prerequisite of freedom. From the standpoint of socialist society, located outside and beyond the capitalist reference frame, what appears to be essential, productive and rational to the bourgeoisie turns out to be non-essential, unproductive and wasteful for the proletariat. This standard doesn’t only apply to economics, but also the social sciences, specifically history.

We are all familiar with the bourgeois historical accounts of the Roman empire, which try to find the most meager piece of evidence, such as some peasants exchanging pottery, to proclaim the free market has always existed, despite the mountains of historical record that the bourgeoisie can’t surpass outside of their propaganda presses.

We are also familiar with the fact that the existing capitalist cultural and sociopolitical hegemony is never happy to simply rewrite history, but it is very content with practicing what we may call selective memory. Whilst the hue and cry over the inflated crimes of communist regimes never stop, a solemn silence is pervasive in others, carried out by friendly capitalist regimes. Next to the crimes attributed to progressive and anti-imperialist forces, are those crimes that the bourgeoisie likes to ignore and tries to forget.

One such example is the mass extermination of Indonesian communists in 1965, absent from our history textbooks, from our history channels and from historical discourse in general. However, one can hide blood only for so long.

With the current undertaken research, the estimates of these killings never goes under 500,000 and can touch 3 million, as per “The Act of Killing”. This enormous massacre was an integral part in the US-backed coup d’etat by Suharto, aimed at liquidating another red menace that could’ve had Indonesia, one of the most populous countries in the world, under the red flag.

Flashback to some years before Suharto. In a country with six religions, 300 dialects, 17,000 islands and 100 million people, Sukarno, the former president, became the arbiter of social forces and antagonistic political formations, guaranteeing national unity, inscribed in his policy of the national front (Nasakom). This translated to political power in the country held by a triangle of the National Party of Indonesia (NAS), conservative religious groups (Agama) and Indonesian communists (Kom).

The most important group, from the perspective of a socialist, was the Communist Party of Indonesia (PKI). Their political line was aimed at the construction of a popular national front for the establishment of a democratic nation independent from imperialist control as a first step towards socialist construction. As usual, the communists were the most advanced progressive force: what was the end goal for Sukarno was but a transitional period for the communists.

Under this policy, the PKI has considerable success and broadly increased its influence, reaching 3.5 million members and 20 million sympathizers (1/5 of the Indonesian population) in their mass organizations by 1965. These mass organizations, among which SOBSI, the proletarian union, contributed to the class war both against the vestiges of Dutch and British imperialism and against the national bourgeoisie and old Muslim landholders of the national front. The PKI and its mass organizations gave an objective to these struggles: land reform for the peasants and the introduction of a socialist planned economy as a means to break with capitalist underdevelopment.

With the fall of the comprador bourgeois governments of China and Indochina to the communist masses, the eyes of Western imperialist subterfuge were set to Indonesia, as the US and its allies feared a communist revolution in such an important strategic country. Very quickly, American money started flowing towards the funds of the Socialist Party of Indonesia and the Islamist party Masyumi, both militantly anti-communist.

Starting in 1958, American imperialists assisted the rebellion that formed the Revolutionary Government of the Republic of Indonesia in the oil-rich Sumatra by providing logistical and military bases. This so-called “revolutionary” government, without any popular support outside of the Islamic and socialist factions, was quickly dealt with by the national army of Indonesia.

The United States were hence forced to change their strategy, which now shifted from political factions to military factions. Noticing that the army had pro-imperialist and anti-Sukarno factions, led by Suharto, the Americans sent 65 million dollars in aid to the army between 1959 and 1965. This pro-imperialist faction was pitted against the so-called centrist pro-Sukarno faction, led by Ahmad Yani.

The breeding ground for the largest massacre of communists of the 20th century was created by the 30 September Movement. The 30th of September 1965 a handful of generals of the national army proclaimed another revolutionary government after having executed six prominent generals of the centrist faction of the army, among whom was general Yani.

Amidst the situation, Suharto swiftly took control of Jakarta, blaming the coup d’etat on the communists. From 1958 to 1965, Seskoad (the Indonesian Army Staff and Command School) trained army officials against any possible communist insurgency, forming the embryos for the local militias of villages, the executioners of the 1965 terror. In this they were assisted by the propaganda makers of the CIA, which began spreading false information about atrocities committed by communists and agitprop which called for racial hatred against Chinese and Indochinese people and religious hatred against what were perceived as atheist communists, despite the majority of them not being atheist. On top of this, the American embassy provided lists of at least 5,000 communist cadres, facilitating the disintegration of the communist party.

As a result, between 500,000 and 3 million communists and communist sympathizers were murdered in what is one of the biggest instances of reaction of the past century, during which every type of atrocity and crime had been committed: summary executions, concentration camps, mass rapes, forced prostitution… all resulted in rivers of blood and decades of trauma. For the CIA, instead, this was a training ground for further operations, such as the Phoenix operation in Vietnam and the Latin American golpes. 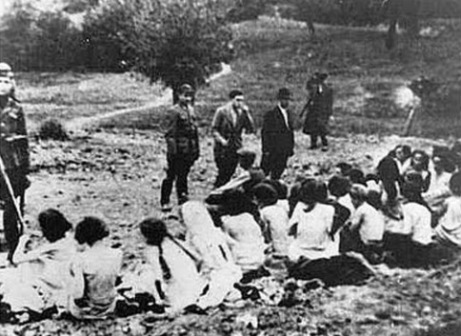 Several forces contributed in their own way to the repression. We have the national army which, similar to the Latin American situations, was financed and trained by the US. This force was the spark that caused the prairie fire, the main force behind the terror, who armed and trained the local militias. The second force was the Islamic parties: the NU (Nahdlatul Ulama) and the Muhammadiyah, two mass Islamic organizations, which launched an anticommunists jihad from the rural areas where they garnered most of their support. Thirdly, we see other religious groups, such as the Hindus, which hoped to retain the caste system against what they perceived as a Chinese liberationist influence, and the Christians, which through Kami, a student movement, contributed to the exterminations against communists.

The various class antagonisms that erupted in 1965 were all embodied in real groups. On the one hand, we have the Santri, orthodox Muslims, at the forefront in defending the interests of large landholders through their Islamic militias. On the other, we have the more syncretic Abangan, more tolerant and rooted among the rural masses behind the communist PKI. The roll call around religion was a powerful factor of reaction against the communists and the rural masses, eager for land reform and real independence.

What the massacre of communists led to is what we see today in Indonesia: the peaceful coexistence of Islamism, conservative ruling classes and Western imperialism to the detriment of the working class. Today we see Islamist organizations, coordinated through the Indonesian Ulema Council (MUI) control the rural masses. NU and Muhammadiyah are today among the most powerful Islamic organizations in the world. With the All Indonesian Labor Federation (FBSI), the government attempts to muster all classes under the same roof in a policy known as class collaboration, one of the main tenets of fascism. What’s more, the bloody massacres extended to East Timor and Western Papua, which caused at least 300,000 more deaths. All this together contributed to the depoliticization of the masses, vis-à-vis the policy of popular mobilization of the communists.

The mainstream imperialist media whitewashes this horror with the mention of Indonesia as an “Asian tiger”, boasting economic growth because of the Chicago School inspired economic policies of the Suharto regime: austerity, dismantlement of welfare, privatization and liberalization. With the oil money garnered after the 1973 oil crisis, with IMF and World Bank subsidies and with large amounts of foreign capital, the Indonesian “economic miracle” benefited foreign multinationals extensively. One only has to think of Shell and BP in the oil sector, Nike and Adidas in the textile sector etc. After decades of neoliberal growth, Indonesia’s only achievement is 120 million people living in poverty and half a population living under 3 dollars a day, while 200 million live under 4 dollars a day. At the same time, the 40 richest people in Indonesia have as much wealth as the bottom 60 million Indonesians.

Indonesia is a perfect example of what the liquidation of a prominent communist party leads to in the Third World: underdevelopment, national dependence, neocolonialism, impoverishment of the broad masses and, ultimately, death. 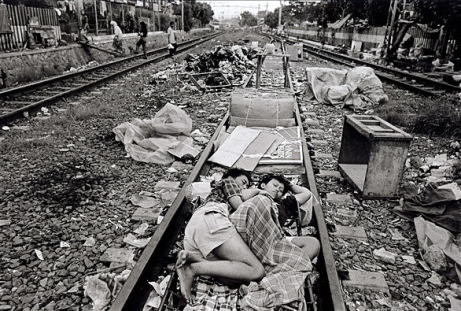 Like Loading...
‹ I Was a Warehouse Wage Slave
47,000 Migrants Killed during Transit through Mexico in the last Six Years ›