Home › International › “In Face of Escalating Repression:” Statement of the Communist Party of Spain (Marxist-Leninist) on the Events in Catalonia

“In Face of Escalating Repression:” Statement of the Communist Party of Spain (Marxist-Leninist) on the Events in Catalonia 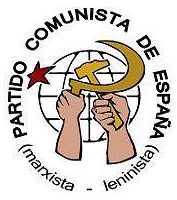 The Rajoy Government has more than fulfilled its threats, setting in motion all its repressive machinery as soon as the Generalitat de Catalunya formalized its call for a referendum for October 1st.  As has been announced, there has not been a  formal suspension of Catalan autonomy nor the military  intervention contemplated by the Monarchical Constitution. But there is no doubt that the Government has stretched, at its convenience, what the Popular Party (PP) understands by “Legality”, imposing a de facto state of emergency and converting the rights formally recognized on paper:  This is the Francoist “force of the rule of law ,” which is often cited when a political conflict arises.

Threatened officials, closed websites, seized publications, assaults, acts and rallies suspended by the police, political material confiscated, more than seven hundred mayors persecuted, hundreds of police transferred to Catalonia to search for “evidence” and suppress citizens, a Constitutional Court acting as a simple arm of the Executive, the Prosecutor’s Office threatening detentions that are not within its jurisdiction … That is the panorama that today envelops Catalonia and all Spain:  The threat of a revived fascism that (although it was never truly gone) in the de facto reestablishment of the crime of “illegal propaganda” and which has had its most vivid advocate in an exultant Catalan PP, that dances and whistles of ecstasy the announcement of the seizure of one hundred thousand political posters. Our comrades, the ones suffered prison and torture for what were also crimes under fascist “legality,” know full well what this means.

They do not oppose the Government, just the opposite, they cling cynically to the defense of its “legality”:  The same “legality” that the Popular Party violates with impunity or interprets at whim as many times as necessary. This is demonstrated by its more than 1,300 proposals; but, above all by the express reform of article 135 of the Constitution, enforcing payment of  the national debt; the insertion of Spain into the military structure of NATO (against the outcome of the 1986 referendum); the secret agreements with the US and, now, with Saudi Arabia … Not to mention the social rights included in the monarchical Constitution in order to have it pass as democratic, which are systematically ignored.

On the other hand, the Catalan nationalist bourgeoisie, appeals to the solidarity of the peoples of Spain, but knows that without a radical change, a rupture, with the regime of ‘78 which it helped to settle, it is impossible to exercise the right of self-determination.  However, throughout those years (the last time being in 2012, when CIU deputies supported the Rajoy’s brutal reforms, including the labor reform) it given support to a regime that in times of crisis has always shown its true reactionary face.  Is it any wonder that most workers consider that this a political bet wagered between two bourgeoisies outside of the interests and most deeply felt needs of the people?

There is no turning back:  After the gag laws, Rajoy’s supporters have found in Catalonia the pretext to give another twist to the process of degradation of democratic rights and the fascistization of the State. If the Government is unable to seek a political solution it is because it does not want to – in order to further oppress the popular classes for it is the executive arm of the interests of the oligarchy — nor is the allowed with the framework of ‘78.  On October 1, will lay bare the true nature of the bourgeois state, which in situations of profound crisis gets rid of its democratic garb to appear as the naked instrument of the domination of one class over the rest.  It also demonstrates that, as we communists have repeatedly said, that the monarchist regime of ‘78 is irreformable, a barrier to democratic and social rights and a prison for the peoples.

For this reason, the referendum on self-determination in Catalonia (more than possible independence) can be a point of rupture that puts in check the monarchical State.  It may be so, despite the fact that the rush of some leading separatists — who considered themselves  “disconnected” from Spain even before the referendum – give the whole process certain comic opera tone; irrespective of the outcome of the vote, if there is a positive result; and it may be so because it has managed to revitalize the broad and dynamic popular movement that gave it its drive in the first place.

Starting from this base, one has to emphasize the lamentable performance of the Spanish “Left,” as always playing the role of his majesty’s loyal opposition. That in a question of principle, as is the right of the self-determination of the peoples, the “leaders” of the “mainstream left” choose to back down, shielding themselves in formalities, is already serious problem; but that they demand a “conditional referendum” under the monarchic regime is unworthy and demeaning. The problem is not technical, but ideological and political:  They simply have no alternative program to the ‘78 regime.  As was demonstrated in 2014, at a time of popular struggle, when they evaded coming down clearly in favor of  the Republic in the midst of the announced abdication of Bourbon king.  Now that same lack of response is again evident, when the State clings to a law that is a dead letter to justify its repressive escalation.

That an immense majority of Catalans wishes to exercise their legitimate right to self-determination, whether “legal” or not, is undoubtedly the case, as is they will at least try to put it into practice on October 1.  It is not the task of revolutionaries, of course, to examine the technical aspects of the matter, just as the fight for democratic rights and against fascism is not exclusively the job of the Catalan people.

What we now have to do, therefore, is to apply all our energy to deepen the political weakness of the monarchical State, to advance a rupture with the rot inherited from the Franco regime. This is a task that engages all Spain, and that is concretized in supporting without distinction the right of the Catalans to decide their future; to combat coercion and the infringement of rights; to denounce the manifest incapacity of the State to face the crucial problems of our peoples and our class; and to promote a broad anti-fascist and republican front, which will boost the rupture with the regime based on a general response to the repressive wave of the PP, regardless of the result of the referendum.

Like Loading...
‹ The Actuality of Capital After 150 Years
Statement of the American Party of Labor in Solidarity with the People of Catalonia ›