Home › History › Celebrate the 100th Anniversary of the Bolshevik Revolution

Celebrate the 100th Anniversary of the Bolshevik Revolution 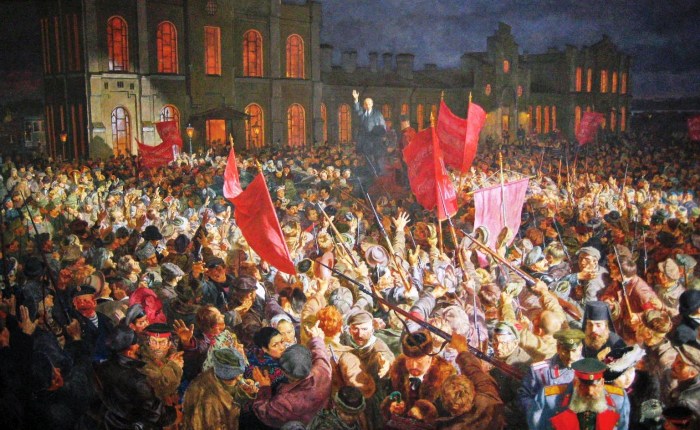 Join the American Party of Labor; Bayan-USA; the Party of Communists, USA; the Freedom Road Socialist Organization, the Workers World Party, the Party for Socialism and Liberation; the Harlem Coalition Against War, the United National Anti-War Committee; the International Action Center; the US Friends of the Soviet People; Marxism-Leninism Today; and guests and speakers from around the world; Tuesday, November 7th at 6:00 PM at the Center for Worker Education, 25 Broadway, 7th floor auditorium in New York City to celebrate the 100th anniversary of the Bolshevik Revolution.

Join us to learn about how socialism established a planned economy, created industry and collective agriculture, wiped out illiteracy, ended women’s bondage, unemployment, and war and empire, and then defeated fascism.

In examining the immense achievements of the Bolshevik Revolution, we can explore how it can happen again and how it can end capitalist exploitation for the masses and the earth.

The program is organized by the 1917 Centenary Committee under the sponsorship of the Journal of Labor and Society.

Speakers from around the world will be giving presentations
More details and info to come!
Follow our page for updates!

Like Loading...
‹ “The Unelected King:” Communique of the Communist Party of Spain (Marxist-Leninist)
Claims and Facts About the Right of Nations to Self-determination ›