Statement of the Revolutionary Youth of Ecuador: Imperialism Sows Death in Syria. Solidarity with the Syrian People! 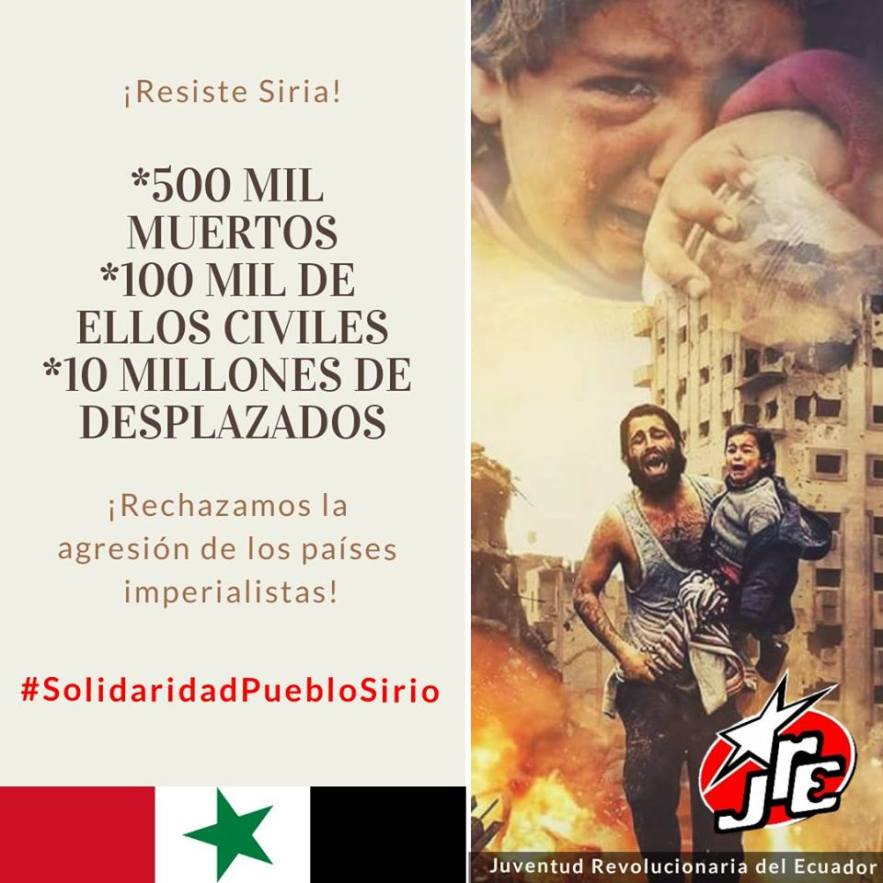 Syria is an example of inter-imperialist disputes, of its inhuman and violent character. Unfortunately, as always happens, while the powerful enrich themselves with the “business” of war, it is the people who pay the consequences and today we are living through the worst humanitarian crisis of recent decades: With, at least, 475 thousand dead, more than 100 thousand of them civilians, 1 million wounded and 10 million displaced.  These 5 days of bombing alone have killed 400 people, 150 children among them. We must show solidarity with the Syrian people, denounce the imperialist invasion, and continue to fight to put an end to this unjust and violent system.

Like Loading...
‹ Statement of the American Party of Labor: US Imperialism, Hands off Syria!
Statement of the Labour Party (Turkey): We Condemn the Attacks on Syria Initiated by the US, Britain, and France ›