A Blow to The Working Class Reveals Capitalist Ruthlessness and Fear 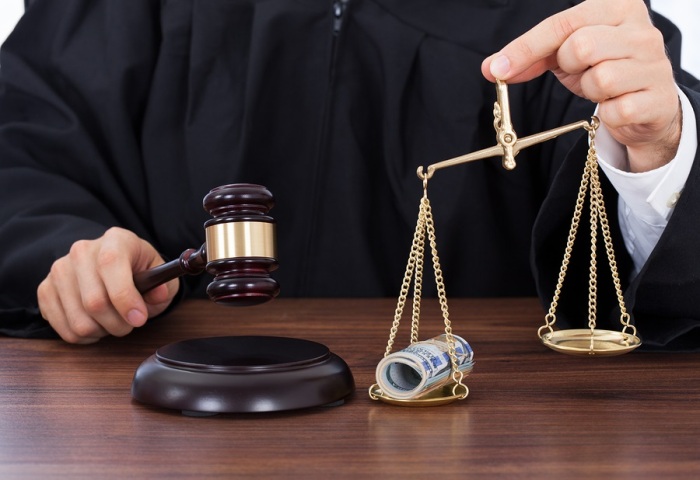 Yesterday, May 21, 2018, started with a significant blow against the American working class and growing labor movement by the U.S. Government. In a 5-4 decision, the Supreme Court of the United States of America sided with the ruling capitalist class against labor, stripping the working class of its right of collective legal action by taking away the ability for workers to come together in class action lawsuits against their employer. This is another blatant attack on working people by the capitalist state. President Trump and the Republican-controlled Congress have been attacking the American worker since the Trump Government took power, and this latest decision by the Supreme Court delivers one of the heaviest blows yet, hitting workers where they are strongest: in their power to unify.

In 1925 the Federal Arbitration Act was passed, saying that employers can have workers sign contracts for employment in which the worker must agree to waive their right to collective legal action and must instead take up any legal action with their employer on an individual basis. The labor laws that followed throughout the 20th century challenged this act, giving workers the right to come together in class action lawsuits against their employer. The Supreme Court’s decision came by way of three recent cases of workers suing the company they worked for (Ernst & Young LLP, Epic Systems Corp., and Murphy Oil USA Inc.) due to wage-theft, particularly in unpaid overtime wages. Justice Neil Gorsuch, one of the five that voted for this decision, says that the 1925 Federal Arbitration Act takes precedence over the National Labor Relations Act. This gives employers the power to hold their employees hostage to sign employment agreements to arbitrate claims on an individual basis and that they may not come together to enforce claims of wage and hours violations or else pass on the job and look for work elsewhere on the volatile labor market.

This decision reveals two extremely important points. The first is that labor laws, which have been fought for with the sacrifice of many generations of working people, including their lives, always take the back seat in consideration of labor against capital. The laws passed over the years were contradictory and their implementation dependent on the interpretation of the language by lawyers and judges. Every victory for labor under capitalism is a double-edged sword, bringing temporary relief through reform but, also pacifying an organized working class.

It is quite obvious these victories of reform are passed and retracted on the needs of the capitalist class and not the workers to whom the reforms are meant to benefit.

The second is that what the capitalist class fears most is the unity of workers. The ability for workers to come together to take legal action against their employer was one of the few protections workers had against their boss. By forcing workers to arbitrate individually, bosses are not only keeping workers from organizing together but, are also reducing the ability for workers to take legal action against them. The three cases around which this decision pivoted,  involved workers seeking the pay they are owed for overtime work, around $2,000 dollars a worker. Justice Ruth Bader Ginsburg, who spoke for the minority Justices against this decision, stated that the legal fees on an individual basis for these types of lawsuits would cost upwards of $200,000 dollars in legal fees. Between the cost on the individual for legal representation, and the fear of retaliation from the boss, the strike against collective legal action will surely curb future lawsuits by working people trying to get what they are owed.

Of course, it is critical to take notice that while the lawsuits that spurred this decision were around wage theft, the waiving of collective arbitration will most likely bleed into the area of civil rights. Even a number of legal and labor experts from elitist institutions such as Yale Law professor Judith Resnick and Cornell University labor law professor Angela Cornell have seen the danger in this ruling. (Source) Cases of discrimination or harassment due to sex, gender, or race will also fall under the arbitration waiver. Given the attack on labor by the current administration up to this point, and with this current ruling, employers both big and small are being held less accountable than they have been for almost 100 years. Workers’ rights and the legal power of labor in America is also at its lowest point in nearly 100 years. Non-union workers are having their legal protections stripped, and union workers are at the heel of union bureaucrats who continually bend to the will of the capitalist state.

However, it must be taken into great consideration that this decision is also a blatant expression of fear by the ruling capitalist class. Dividing and stratifying the working class has always been the strongest strategy of the capitalists. The goal of the capitalist is to the keep the working class afraid of itself, and the capitalists have used all the money and power they can to achieve and maintain this. Dividing workers by skill, gender, sex, race, age, and employment keeps workers in individual competition with another. Workers do not meet each other as workers but as competitors in the marketplace.

When workers unify, when workers no longer regard one another as individuals competitors but as a single exploited class, the capitalists shake and often lose. Whether through reform or revolution, the unity of the working class has continually brought victory. But what is needed is a final revolutionary victory. The labor reforms of the past are being undone many times faster than they were achieved. With a broken working class, the capitalists are able to steamroll the legal concessions they had to make in the past. It is through worker’s revolution that this cycle of exploitation will stop. Reform leads to placidity and its implementation is left to the whim of the capitalists. The capitalists have taken away one of the workers strongest legal defense systems through the courts. Continuing the ramp up the class war domestically, the capitalists have shown themselves yet again to be inhumane beings who care only for their own profit at the expense of millions. The time for action is now more than ever. The capitalist steamroll against labor must be stopped, not halted, but stopped. The only way to do this is for the working class to do what the capitalists fear most: to unify. And to unify not just against a particular court ruling or a case of wage theft, but against the capitalist class itself.

We must no longer see ourselves as competing individuals but as workers. We must not compete for the spot of most exploited but realize the existence of our exploitation is enough. We must no longer divide ourselves by the divisions and stratifications imposed on us by the capitalists. The capitalists continue to strip away even our basic of legal rights as workers only to empower themselves. But we as workers can empower ourselves, for the power of the working class is great. It has overthrown monarchies centuries old, has defeated fascism, and in this age of reaction has shown itself brave and courageous: it toils longer each day, for less pay, and with fewer rights. By unifying as a class, and only by unifying as a class, can we as workers become empowered to take back what is ours; our rights, the fruits of our labor, our dignity, and the power of  organization that is rightfully ours. Advanced sections of the class, class militants, honest union activists, and forces for labor, in general, should take further initiative to push back against this attack without pigeonholing themselves into only waiting for news from their lawyers or a reactionary Republican-controlled Congress. We can not hold out for justice in a system that profits from the injustices brought against us. We must raise our voices in all of our workplaces, from small retail shops to industrial factories. The capitalists have dealt the working class a great blow with this ruling, but the blow to the capitalists we can give as workers is infinitely greater. All we must do is unite as workers for workers.

Like Loading...
‹ The Only Animals are Trump, ICE, and Deporting Moderates
Editorial: Antifascism in Deeds, Not Words ›

“First comes a full stomach, then comes ethics.” // Brecht, Three Penny Opera
February 26, 1869: Birthday of Communist revolutionary Nadezhda Krupskaya. "Marxist analysis was never Comrade Trotsky's strong point."
The Red Phoenix has been banned on Facebook for posting a picture of Nazi graffiti while reporting on fascist activity in Alabama. No matter which platform, we will continue delivering the voices of the working class! Links to other platforms in bio.
Today in 1943, Hans Scholl, Sophie Scholl, and Christoph Probst were murdered by the Nazi regime for advocating for peaceful resistance to the Nazi government.
Yesterday, we received a communique from the Revolutionary Communist Party of Bolivia (PCR) that Comrade Walter Zuleta died of COVID-19 February 18th.
Georgia Douglas Johnson, "Old Black Men"