No Erasure of LGBTQ+ People! 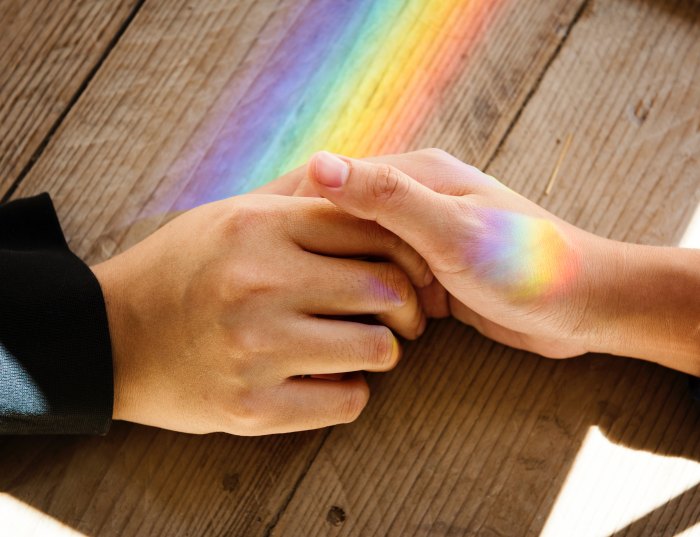 Photo by rawpixel on Unsplash

On Sunday, October 20th, the Trump administration announced that it was considering adopting a strict definition of “sex,” as it applies to anti-discrimination law. Under the proposed definition, gender will be considered fixed and immutable, with one’s gender assignment at birth only being changeable after genetic testing. For transgender, non-binary, and intersex people, such as myself, this amounts to complete erasure from federal anti-discrimination protection, particularly Titles VII and IX. It’s unclear exactly when this definition will be adopted, or how widely, but the Department of Health and Human Services has been leading the charge, with the Department of Justice following suit. The DOJ has already filed a request for the Supreme Court to legitimize workplace and housing discrimination against transgender, non-binary, and intersex people, and given the recent appointment of Justice Kavanaugh, it seems  reasonably possible that this will come to pass.

This announcement threw our community into panic, which was further exacerbated by the lack of clear information coming out of the government and media regarding the proposed changes. For my part, I spent most of the 20th hastily looking up information on emigrating to Canada, and most of the 21st fighting off the intense desire to kill myself. Fortunately, the transgender community is nothing if not intensely supportive, and this, combined with the support of many other people around me, has helped me get through the worst of it. I worry about many of my trans siblings, however, who may not have the same kind of support I do. I strongly considered suicide because of this, and I feel it is very likely that others have actually done so. Regardless of where this policy goes from here, people have already suffered – and perhaps died – because of it, and that is a thing that the Trump administration, in its entirety, must be made to answer for.

In a perverse way, the change may not mean much in terms of how transgender, non-binary, and intersex people are treated by the government. The DOJ has refused to enforce workplace discrimination law for us since 2017, and guidelines for the treatment of transgender students have been withdrawn before this. The administration was already refusing to protect us from discrimination, so their actions are not my greatest concern. Rather, I’m much more worried about the possibility that this will be seen as a green light to transphobic individuals and groups to step up their harassment and abuse of our community. While local and state laws may protect some of us, there are many more who are living in areas where the authorities are, at best, indifferent (if not actually hostile) to us. As such, gender-related hate-crimes and abuses will likely go completely unaddressed.

These risks are not necessarily limited to transgender, non-binary, and intersex people. The underlying logic of the definition change is that “sex” only ever referred to assigned “biological” gender, and should never have been expanded to include gender identity *or sexual orientation.* Lesbian, gay, and bisexual people’s protections are also threatened by this change, and will continue to be threatened, even if institutional measures are not overtly wielded against them. Even LGB people who may be transphobic should be paying attention, and setting their prejudices aside, if only out of a sense of self-preservation. This is a situation where the entire LGBTQIA community needs to hang together, lest we end up hanging separately.

I particularly worry about the lack of legal recourse. Any attempt to sue governmental institutions and authorities over this will run a risk of being protracted appeals reaching all the way to the Supreme Court, which is stacked in favor of the far-right. Under those circumstances, a lawsuit might actually backfire against us, and set a precedent that further entrenches anti-trans discrimination. I do not see any legislative help coming, either. Some Democrats have pushed the idea of an “Equality Act,” which would amend the 1964 Civil Rights Act to explicitly include LGBTQIA people, but given the present state of Congress, it is very unlikely that they could pass it, and even less likely that they could overcome the inevitable Trump veto. Furthermore, for as long as I’ve been politically conscious, the Democrats’ modus operandi has been to give away the proverbial farm in the name of “compromise” with the right, receiving nothing substantial in return. I feel certain that Democrats would abandon the idea, as soon as the Republicans raised their voices.

So, what is to be done? Honestly, this is a question that individuals will need to answer for themselves. The desire to leave the country is mounting within our community, and resources exist to help people do so, such as Rainbow Railroad, Rainbow Refugee, or AGIR (Action Gay, Lesbienne, Bisexuelle, Trans et Queer pour Immigrants et Refugies), which can help with immigration to Canada (and Quebec specifically, in the case of AGIR).

Comrades, you know your situation better than anyone else. If it is unsafe for you to remain where you are, then take whatever steps you need to, in order to get to safety. There is no shame in leaving. It would also be advisable for those staying to take some kind of self-defense lessons, and perhaps consider gun ownership. The authorities cannot be counted on to protect us, so we must protect ourselves, and each other. Consider joining or organizing LGBTQIA community groups. Get to know your siblings, and the resources available in your areas. Lastly, make sure that you’re taking care of yourself, both physically and emotionally. You can’t help anyone, if you can’t help yourself, so be sure to take the time you need to be in the best state you can be.

Our communities have been through such oppression before, and we have survived. We survived the Nazis, who sought to destroy us. We survived McCarthyism, which sought to drive us into psychiatric hospitals and prisons. We survived bigoted violence, hostile authorities, and an indifferent public, and we will survive Trump. We will join together with our siblings, we will organize with those cisgender and heterosexual groups and individuals that will support us, and we will outlast our oppressors. No matter what that bloated toad in the White House says or does, we will survive it, because we are stronger than him, we are stronger than his supporters, and we will live to revel in their defeat.

Like Loading...
‹ Statement of the American Party of Labor on the Pittsburgh Synagogue Shooting
International Vigils Organized to Bring Attention to Irish Genocide ›