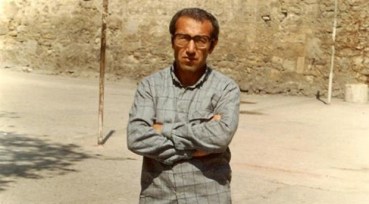 Armenian by birth, Garbis Altinoğlu – who occasionally used the pen name Gumus Velli – relocated to Amasya, Turkey early in life. He was drawn to Marxism-Leninism as a young man and recognized his role in history as a revolutionary. He became a Marxist-Leninist via Maoism, later following the path of Comrade Enver Hoxha.

Garbis was arrested in 1980, shortly after the military coup in Turkey and he remained imprisoned for 11 years during which time he was subjected to torture and exceptionally harsh conditions. Upon his release, he was exiled and entered Belgium as a refugee. Even from Belgium, he remained active within progressive circles inside Turkey. His first book written in exile was an exposé of the Turkish prison system.

He served as a leading member of Turkey’s Marxist-Leninist Communist Party for many years but eventually parted ways with the organization due to fundamental disagreements. After breaking ties with the MLKP, Garbis wrote a principled critique in which he openly expressed his point of view. He worked hard to forge a nonsectarian unity with Marxist-Leninists of all stripes and to this end, he worked actively with International Struggle/Marxist-Leninist

Garbis remained in exile in Belgium for the rest of his life. During his lifetime, Garbis published numerous essays and works and translated key works by Marx and Stalin, as well as writings by W.B. Bland and Grover Furr. He passed away in October 2019 due to illness.

Comrade Garbis Altinoğlu will be missed, but he left an honorable trail for Marxist-Leninists to follow.

* Note: An abridged version of the above article was submitted as a biographical entry for the Marxists Internet Archive Encyclopedia. A dedicated archive of Garbis Altinoğlu’s works is forthcoming.